The watercolour medium is renowned for its ability to really test an artist.

Innate to this medium are their abilities to be unpredictable and almost rebellious!

However, if an artist is able to successfully battle these elements, they can be left with extraordinary paintings.

In this guide, you'll learn about the medium and how they are made, their history and iconic artworks.

When did watercolour paintings become popular?

Tracing the origins of the watercolour medium can take you as far back as the Egyptian times!

What is known is that during the Middle Ages, it became widely used in Europe.

However, there was an air of secrecy around watercolours because artists had to make them by hand.

Not open to divulging their secret techniques, it created a shroud of mystery when artists presented their works for the world to see.

If you're curious about how watercolours were made then you're in luck because we were too!

How to make watercolour paint

Creating watercolour paints is a two-part process where you need to prepare the gum Arabic solution before adding in the powder pigment.

It's optional to add honey which makes the solution fluid and easier to work with.

Now that the solution is ready, you can mix it with a chosen powder pigment and once it's set, you can paint away.

In this countdown, we found some of the most celebrated watercolour paintings in the world and how the artist battled numerous elements to create fantastic works of art.

Did you know any of these artworks were watercolours?

A fine example of naturalism, Winslow Homer has brought this artwork to life in a fantastic way with the watercolour medium.

The painting depicts two people fishing but what Homer has done is add supplementary details such as the sky, surrounding land and nature.

Together, he has captured the colouration of the scene and the motion of the water beautifully.

Considered one of the finest watercolour paintings ever made, Joseph Mallord William Turner had created something stunning here.

What he's done is capture the transition of light and how it interacts with the atmosphere at the Rigi mountain in Switzerland.

A thought-provoking piece, it was obtained by the Tate Gallery for £4.95m at auction in 2007. 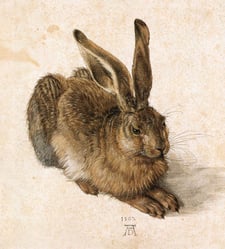 Image Via - Web Gallery of Art

Created by Albrecht Dürer, Young Hare is a hyper-realistic water colour which captures a hare in a resting position.

What's phenomenal about this painting is the manner in which he transformed a sketch into one of the most-adored watercolours of all time.

With challenges falling into double figures such as the position of the fur and it's different hues, the artist took a near-scientific approach to capture the animal.

Using methods such as underpainting and building up the painting, he ended up creating a detailed and vivid piece.

Edward Hopper created this painting and was known for creating realistic scenes of America.

One of his abilities was composition where he was able to create paintings that appeared frozen in time.

Light at Two Lights is an illustration of this. What you can see is a subject in its natural beauty involving a blue sky overlooking a coastline in Maine.

Is it true that simplicity is the ultimate sophistication? 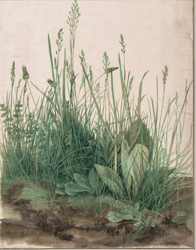 Image Via - Google Arts and Culture

Another piece by Albrecht Durer who makes another appearance in our list.

This artwork was created one year after the success of Young Hare.

This painting holds similar acclaim and is among the finest of the German Renaissance period.

What's remarkable about this painting is the almost pin-point detail of each individual plant which is accentuated by a beige background.

This devastating combination has created a fascination artwork which shows life and nature in a natural way.

As you've seen, despite their rebellious nature, the watercolour medium is still able to produce truly stunning works of art which makes it a worthy challenge for any artist.

What makes watercolours so unique is the fact that most paints reflect colour off the paint's surface. However, watercolours get their colour from the light bouncing off the paper and making its way back up through the paint.

If you take a visual perspective, you can see an innate brilliance and clarity with watercolour paints more than with other types.

Watercolours artworks are part of a huge collection of Art, Antiques & Collectables in Auction. Check out the preview to see how you can transform your home!

Discover even more stories on the journal by hitting the link below.