The History of Yves Saint Laurent

The History of Yves Saint Laurent

The Story of Yves Saint Laurent

At the age of 21, Yves Saint Laurent was thrown straight into the fashion deep-end when he replaced the iconic Christian Dior.

The story of Yves Saint Laurent is full of every emotion and, in this spotlight, we're going to unravel their history and what made them one of the most-talked about maisons in fashion.

Kicking off this spotlight is the founder himself, Yves Saint Laurent.

Displaying the necessary skills to become a great designer, Yves won an international award in wool secretariat design in 1953.

This award caught the attention of Michel de Brunhoff who introduced Yves to Christian Dior. In 1955, Yves joined Dior and provided sketches for collections.

When Christian Dior passed away in 1957, it sent shockwaves through the fashion world over his replacement. The Maison of Dior named Yves as the replacement and, at the age of 21, Yves became the lead designer of Dior.

His first collection resulted in positive reviews and one of its standout pieces was the Trapeze dress. 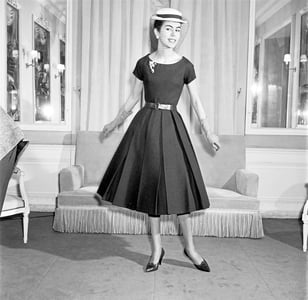 He remained with Dior until he was conscripted to the French Army in 1960.

HIs experiences in the army took its toll on the designer and the news of him being replaced at Dior had accelerated his condition that put him into hospital.

After Yves was discharged from the French Army, he sought compensation for his dismissal at Dior and secured a payout for breach of contract.

With these new funds, he launched his eponymous label with Pierre Berge in 1961.

Together, Yves would be the chief designer and Pierre would manage the day-to-day running of the Maison.

The first collection of YSL debuted in 1962 and Royalty attended - literally. For example, notable guests included Princess Anne, Zizi Jeanmaire, The Countess of Paris, Françoise Sagan and figures in the fashion industry.

His first collection was praised by the media and there were even comparisons to Chanel!

What inspired these comparisons was the pea coat. The goal of this piece was to make women feel confident and comfortable.

Inspired by sailors who wore thick overcoats, Yves used the outline to create a silhouette that liberate women consumed by layers of clothing.

The combination of the pea coat with white trousers created a distinct style for Yves who sought inspiration from other naval wear in future collections.

Check out other famous collections that got everyone talking about YSL.

Using inspiration from abstract art to causing a stir with animal rights activists, which collections made the list? 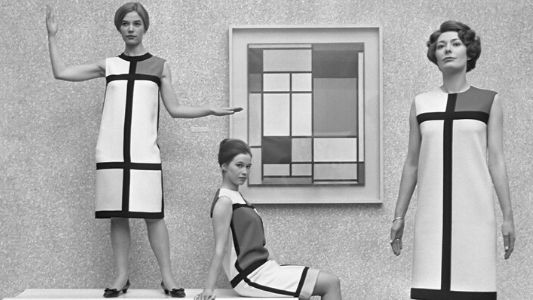 Image Via - AnOther Magazine

Inspired by the abstract paintings of Piet Mondrian, Yves designed a collection of innovative dresses.

Consisting of intersecting black stripes and blocks of colour, it became known as the Mondrian Collection.

This collection caught the attention of Vogue who placed it on the front cover of their September issue in 1965. 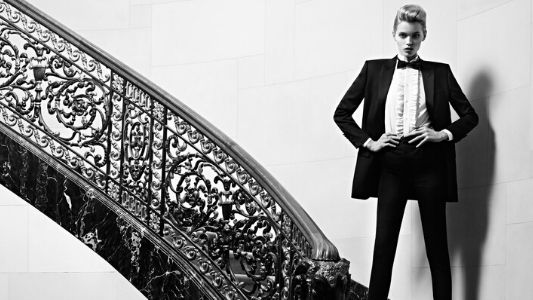 This collection was one of YSL's most controversial because it caused a scandal. No such thing as bad press, right?

The main thing to take away from this collection was how it symbolised women becoming man's adversary.

He posed nude for his friend Jean-Loup Sieff, YSL released their male perfume and they also released the 1940s collection.

The collection was brought back to life in the form of an exhibition by the Pierre Bergé -Yves Saint Laurent fondation which involved images, sketches and original pieces.

Image Via - AnOther Magazine

Fashion is always looking for a muse and YSL found theirs in Catherine Deneuve.

The famous French actress and YSL shared a 40-year partnership which resulted in an array of famous pieces.

When the French actress decided to auction her wardrobe 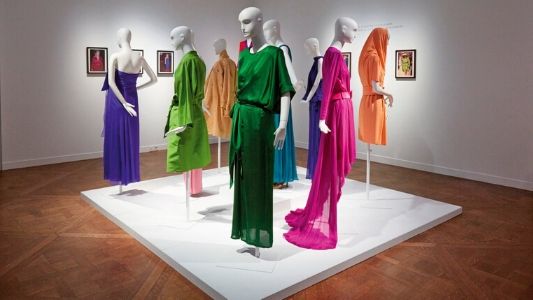 Image Via - The Guardian

The story of Yves and the label carrying his name is full of emotions.

His impact on fashion is absolute and had the unusual accolade of his legacy being celebrated whilst he was still alive!

In 1983, the New York Metropolitan Museum held an exhibition of Yves Saint Laurent's work and it was curated by Diana Vreeland.

Today, YSL are part of the LMVH group after their acquisition by Francois Pinault who bought the label for $1bn in 1999.

Their passion to liberate women and make them feel confident and comfortable is alive today and extends to other offerings such as accessories. Yves Saint Laurent along with other maisons can be found in our online auctions. Check out our guide here: Luxury Handbag Auctions.

What are your thoughts on Yves Saint Laurent? Hit the comments and let us know!