The History of Rolls-Royce Motor Cars

The History of Rolls-Royce Motor Cars

Rolls-Royce Motor Cars is renowned for their cars that are considered to be the pinnacle of luxury.

This luxury is illustrated with their Phantom class which is currently in their 8th generation.

Founded by Charles Rolls and Henry Royce, their story started in 1904 with a collective vision to make not one of the best but the best car.

In this spotlight, we're going to explore their story and the cars which illustrate these principles and continue to push the boundaries of luxury.

Completely captivated by Royce's car, Charles wanted to sell as many of the 10hp cars as he could but under the marque of Rolls-Royce.

With the partnership agreed, Rolls-Royce was born.

Claude Johnson, regarded as the hyphen in Rolls-Royce, was the new MD and spearheaded the marketing by coming up with slogans like "Not one of the best, but the best car in the World".

It wasn't long before they started delivering on this promise.

In 1907, Rolls-Royce started to deliver on their promise and laid a marker for endurance and reliability with the Rolls-Royce Silver Ghost.

This car smashed records when it travelled from London to Glasgow 27-times and covered 14,371 miles!

Selling over 7,500 units, the Silver Ghost was phased out in 1925. What replaced this popular model was the Phantom 1. Now part of a dynasty, it illustrates Rolls-Royce's endeavour to make the best car.

Currently in their 8th generation, as of November 2019, it's powered by a monster 6.75L twin-turbo-charged V12 engine!

What makes the Rolls-Royce Phantom so revered is the attention to detail which is absolutely sublime.

To give you an insight, the roof of the Phantom has 1,344 individually placed fibre-optic stars that depict the constellations as they are on the day or they can be arranged into a bespoke pattern.

If that's not enough, the wheels have self-righting technology so the badge is always in the right position.

With an interior designed and created by master craftsmen, no stone is left unturned building a world of luxury.

For added luxury, they released the EWB version which stands for Extended Wheel Base. This means there is extra room for more luxury.

In 2018, Rolls-Royce announced their intention to build an SUV called the Cullinan.

Despite producing their car after their rivals, Rolls-Royce had the advantage of analysing how their competitors interpreted the needs of customers and decided to go in the middle.

Rolls-Royce found their middle by using a design philosophy of combining the 4x4 versatility of a Range-Rover with the elegance and luxury of a limousine.

The results were interesting. With a top speed of 155mph, the SUV is capable of 583BHP. 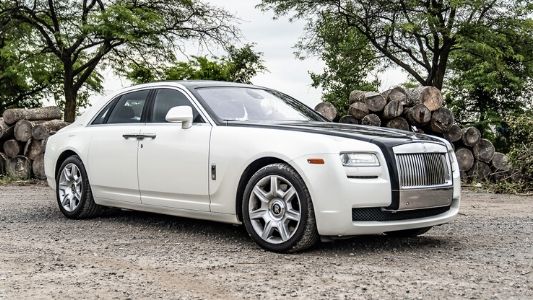 The Rolls-Royce Ghost is a luxury saloon and can be thought of as a competitor of the Bentley Flying Spur.

Focusing on the driving experience, Rolls-Royce has engineered every mm of this car to make it extraordinarily dynamic.

From predicting the road ahead with satellite technology to selecting the right gear to drive on the road, the driver is empowered with a wealth of accessories that them to optimise their driving experience with a visual and sensory experience.

The interior of the car is unmistakably Rolls-Royce. From the roof of the car depicting constellations to the wood from the door panels coming from the same tree, the experience of the Rolls-Royce Ghost accentuates the 5 senses to create a drive which is difficult to beat! 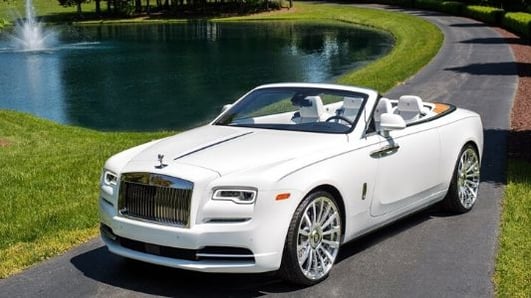 Image Via - Car and Driver

What could you do in 22 seconds?

Driving in the open air can be a fulfilling experience and this is accentuated with the Rolls-Royce effect.

An enviable leather interior which is designed to heighten the 5 senses and performance to make you want to hold onto your hat.

A monster 6.6L V12 twin-turbo engine paired with advanced driver aids such as head-up display, active cruise control, adaptive headlights and more, Rolls-Royce have not compensated in any area.

The Wraith is driver centred and adorned with dynamic handling, an aggressive engine and their trademark master craftsmanship.

What Rolls-Royce has done is design a tourer that would be the perfect companion for long-distance driving.

With a 6.6L turbo-charged V12 engine capable of 591 bhp. Another interesting feat is Wraith's ability to complete 0-60 in 4.4 seconds.

Similar to other models, the driver is aided by an 8-speed automatic transmission aided by satellite technology to deliver a drive that is smooth and effortless.

With Rolls-Royce's trademark interior, it's all culminated in them combining elegance, performance and luxury to create the ultimate tourer.

Rolls-Royce continue to redefine our notions of luxury and comfort. Their flagship phantom range can cost up to $650,000!

One of their most famous phantom owners was no other than John Lennon who turned his Phantom V into a piece of memorabilia.

What's remarkable is that the car tours the world and dazzles spectators with its intricate and eccentric design.

With ventures in electric vehicles, Rolls-Royce will endeavour to continue pushing boundaries and raising standards.

What are your thoughts on Rolls-Royce motor cars? Hit the comments and let us know!