The History of Panerai

The History of Panerai

Panerai has blended Italian design with precision watchmaking for over 100 years.

In this time, they have been able to revolutionise watchmaking and create some truly striking timepieces.

In 2020, Panerai will be celebrating their 160th birthday. To pay homage to their anniversary, we created this spotlight.

In this spotlight, you'll learn about the watches which pushed the boundaries of watchmaking design and some of their biggest milestones. 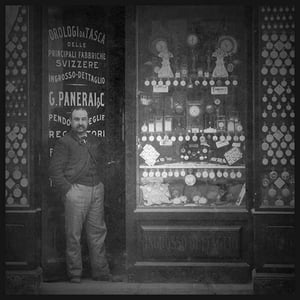 Image Via - Man of Many

This store was unique because it was a shop, workshop and a school.

Trivia - Panerai moved to its current home, Palazzo Arcivescovile in the same year.

Panerai became a key supplier to the Italian navy and their requirements played a huge role in the design of their watches.

These requirements also led to an innovation where the dial can illuminate itself. This ability can aid activities such as diving.

Using this technology, along with other innovations, they created a unique collection of watches that became a staple of fine watchmaking. 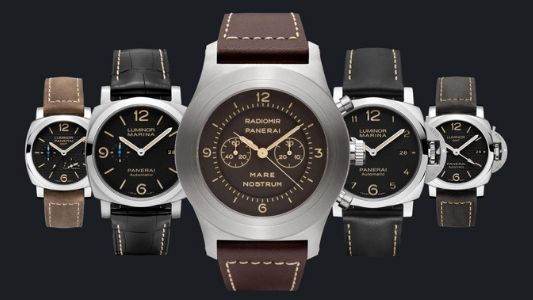 Each of Panerai's collections carry a unique piece of history.

From the Radiomir to the Submersible, these watch collections have played a significant part in Panerai establishing itself as a fine watchmaker. 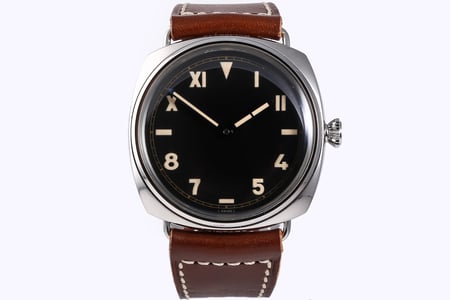 Panerai's famous Radiomir dates back to 1916 when Panerai secured their first patent for a luminous dial. This need came from the Italian navy who needed dials that were bright enough to provide visibility.

By using radium, Panerai was able to create a powder that created luminous-like dials or other devices which aided the navy in their explorations.

The first prototypes were not ready until the eve of WW2 and were intended for the First Submarine Group Command of the Royal Italian Navy.

Any eagle-eyed watch enthusiasts will see that today's Radiomir watches possess many of the traits of the prototype such as the luminous dial, movement, numbering and the size of the case.

In 1949, Panerai developed a replacement for their Radiomir watches by using a self-luminous substance called Luminor which they later trademarked.

With the Luminor, Panerai began researching to develop the technology further. The research focused on the crown, lugs and the case. Resulting in a wider bezel, it's referred to as the Luminor 1950. 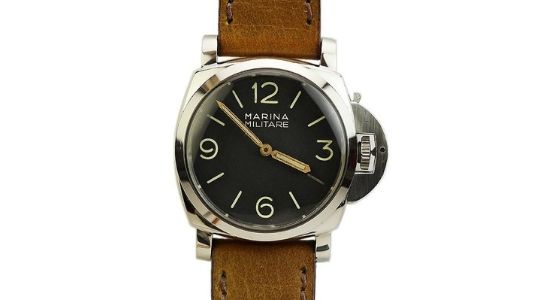 Increasing demands from the Royal Navy led to the Radiomir 1940. Some of the requests involved making their watches specifically withstand being underwater for long periods of time in extreme conditions.

In addition to this, remaining resistant to extreme levels of tension, Panerai had to reinforce various aspects of their watch such as the lugs and the case.

Trivia - in 2012, Panerai made a tribute to this watch by creating a special edition of watches bearing the case of the 1940 Luminor.

In 2016, Panerai created one of their most complicated watches, the Radiomir 1940 minute repeater that can display local time and also a second-time-zone. 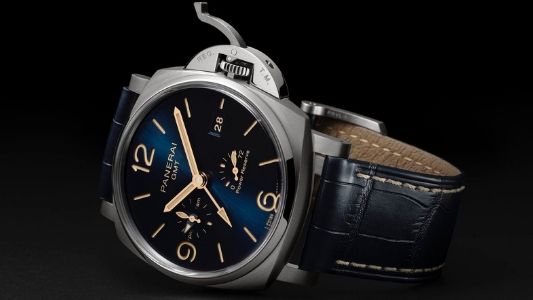 The Panerai Luminor Due was released in 2016 and bears elements of the Luminor 1950. For example, the case has been redesigned off the same dial used in the 1950.

Despite these throwbacks, the Luminor Due does contain a host of new technology. An example of them are new in-house calibers which are some of the thinnest ever produced by Panerai.

One of Panerai's latest models, the Submersible can be identified with its bronze case which ages over time.

The Submersible illustrates Panerai's relationship with the sea and boasts an array of new technology such as their P.3000 in-house calibre.

Now part of the Richemont group, Panerai has continued to stay true to their roots.

Despite Panerai being based in Switzerland, they maintained their strong roots to Italy by purchasing and restoring the original family shop.

This shop houses the latest collections and acts as a museum for timepieces created in the past.

What are your thoughts on Panerai? Hit the comments and let us know!

There's a fantastic collection of Panerai luxury watches in auction. Start your Panerai story with the button below!