The History of Louis Vuitton

The History of Louis Vuitton

Louis Vuitton - The Power of Dreams

Louis Vuitton possesses a brand power similar to Rolex, Ferrari and Disney. They are just things you learn and automatically think of when the opportunity arises.

Any company that achieves that level of brand power needs a hat taken off to them.

In this day and age where customers are assaulted by brands who want to assert themselves as your number one, some actually succeed!

Louis Vuitton's heritage is envious to say the least.

Who would have thought that over 180 years ago, a 16-year-old boy arriving barefoot in Paris would go on to create one of the biggest juggernauts in luxury?

At this time, popular methods of transport were boats, trains and horse carriages which created a need for durable luggage.

Louis Vuitton stayed at the workshop of Monsieur Maréchal for around 17 years before starting his own solo adventure.

Louis Vuitton opened his first workshop near Place Vendome in 1854.

Now a renowned artisan, his reputation enabled him to move his operations to Asnières in 1859 where they are still based today.

Before Louis Vuitton became a powerhouse in leather goods, ready-to-wear, accessories and fragrances the Maison made a name for themselves with travel accessories.

One of their successes came from the Trianon Trunk. An instant hit, this trunk was flat-shaped and stackable. 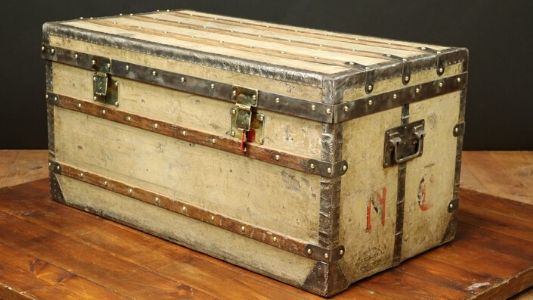 It replaced round-shaped luggage that were notorious for taking up lots of room.

Trivia - Empress Eugenie, the wife of Napoleon III had one!

One of the success factors behind this trunk can be found in its tumbler lock system. Created in 1886, the lock’s effectiveness is indisputable and is still in use today.

The Trianon Trunk is just one success story, there have been many others, here are some of Louis Vuitton's most famous designs!

From the tumbler lock to the never-full, Louis Vuitton has created an array of accessories that cemented their position as a pillar for luxury. 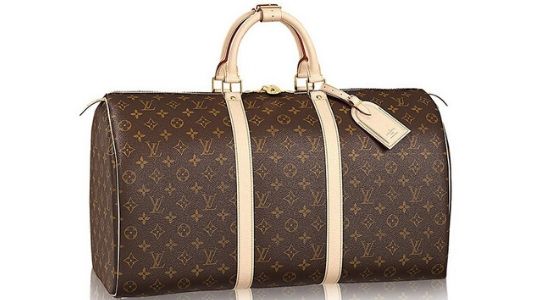 Image Via - Brag my bag

Released in the 1930s, it was an acknowledgement that times were changing.

Customers and travellers wanted to put everything in one place to make travel in general smoother and less troublesome.

In addition to this, the travel was getting faster. Louis Vuitton reacted to this need with the Tient-Tout.

This bag answered this need as its sheer size was enough to accommodate the needs of travellers. 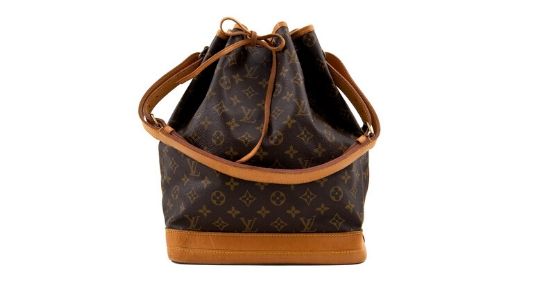 Not long after the release of the Tient-Tout, Louis Vuitton was at it again with another hit.

The year was 1932 and Louis Vuitton wanted partygoers to safely transport their bottles of wine and created the Noé bag.

Designed to carry 5 bottles of champagne, the bag has grown in versatility and is now used to carry more than just champagne. 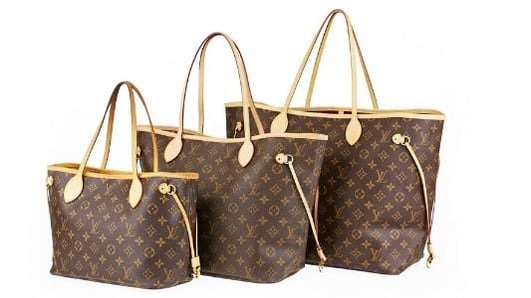 Released in 2007, the Neverfull bag is designed to be that, never full.

An alternative to the Tient-Tout, it's able to carry everything a modern woman would need in a bag.

Available in an array of sizes, the question is really how much you would like to take!

You can find this bag along with others in auction. Check out famous bags with our guide: Luxury Handbag Auctions.

You'll notice the monogram. Created in 1896, it's comprised of a raphic flower, quatrefoil and the initials of LV interlocked. You can find this canvas design across Louis Vuitton products.

As far as luxury goes, Louis Vuitton reached the mountaintop.

The interlocking LV symbol is a mark of authority, heritage and luxury. You’re not just holding a product, you’re holding a Louis Vuitton.

Louis Vuitton is famous for more than their products. During fashion week, fashion get the chance to steal the limelight and get everyone talking about their collection. You can learn more about this here: Fashion Week Guide - What is Fashion Week?

In this video, Louis Vuitton took over the Louvre and performed a throwback to their history with a stunning show.

What are your thoughts on Louis Vuitton? Hit the comments below and let us know!

If you want to browse our fantastic collection of Louis Vuitton products currently available then hit the link below!