The History of Givenchy

The History of Givenchy

Over the course of their history, they have left an indelible mark on the fashion world. Whether it's dressing Hollywood icons or attracting the interest of royalty, Givenchy has done it all.

Among their biggest clients included Audrey Hepburn, The Grace of Monaco, Wallis Simpson, Lauren Bacall and others.

In this spotlight, you'll learn about their story which is full of companionship and continually establishing a new style.

Who was the person behind Givenchy? Let's go!

The Man Behind Givenchy

Hubert de Givenchy (1927-2018) started his fashion career at the age of 17 when he studied at the French National School of Fine Art and apprenticed at Jacques Fath.

Later, Givenchy studied under the wing of Robert Piguet but he felt the need to create a modern and current style and started Givenchy in 1952.

Supported by a team which included Bettina Graziani, Philippe Venet and others, they kicked off with a bang with their iconic debut collection called 'The Separates'.

'The Separates' collection freed women from the constrictive looks of the day and became a major success factor for Givenchy and became the blueprint for future successes.

As Givenchy continued to make a name for themselves in the fashion world, they forged a reputation for eye-catching design with countless designs which garnered the respect of their contemporaries and an envious clientele.

To give you an idea of those iconic designs, check out some of Givenchy's most famous designs.

Image Via - anOther Magazine

Going against convention at the time, he said that he was inspired by a dream that he had of a woman who was free and no longer constrained by layers and layers of fabric.

He described his new style as being ultra-light, advocating quick and fluid movement to empower the wearer. 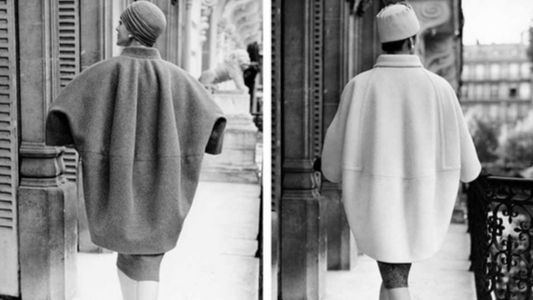 One of Givenchy's most famous designs and you can probably guess why!

Created in the same year as the Baby Doll Dress, Givenchy was embracing his dream of a liberated woman.

This wool coat became known as the "Balloon Coat".

This coat came at the turn of the sixties and influenced fashion of that decade with its sloped shoulders and wide silhouette. 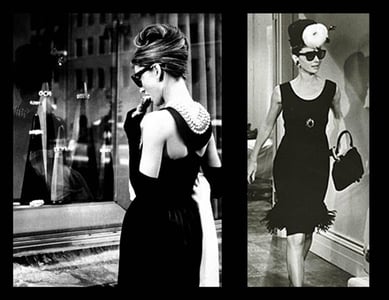 The most famous LBD (little black dress) ever?

The evening gown worn by Hepburn in the film won the designer a Best Costume Design Oscar nomination!

Their relationship transformed the lives of both Hepburn and Givenchy.

You can read about it in our blog post: Hepburn and Givenchy - A Love Affair.

One of the highlights from the movie's costume design was no doubt the gown she wore to the party held by the Larrabee family.

A sensational design, it completely stole the show and showed all the hallmarks of haute couture.

A dress so famous, it has its own wiki page!

It's rare that a dress reaches this level of fame. Another example of a dress reaching this feat is Jennifer Lopez who wore a eye-popping dress to an event which inspired Google Images!

Hepburn wore this elegant white floral dress to the 1954 Academy Awards and it's regarded as one of the most famous dresses of the 20th century.

Givenchy has a certain flair when they create a new design. They become immortal and inspire a wave of new designs bearing similar elements.

These designs go beyond their gowns and venture into accessories like their handbags. Carrying the essence of the Maison, you can view these handbags along with other it-bags by checking out our guide: Luxury Handbag Auctions.

Speaking of designs that go beyond, did you know that Givenchy created the dress that Meghan Markle wore to marry Prince Harry in 2018. The dress sent the world's media, social media and numerous viewers into meltdown.

As fashion stories go, Givenchy is one of the most elegant.

What is your favourite Givenchy design? Hit the share button and let us know!