The History of Dior

The History of Dior

The Saviour of French Haute Couture?

Dior has been credited with re-establishing Paris as a fashion capital of the world.

Not a bad accolade right?

The year was 1947, and a collection of 90 designs waltzed their way through 30 Avenue Montaigne and blew a breath of fresh air into the fashion world.

Carmel Snow, an advocate of his talent, praised the new designs by saying:"It's quite a revolution, dear Christian! Your dresses have such a new look!"

'New Look' became the talk of the fashion world and catapulted Dior into an overnight success.

In this spotlight, we're going to explore Dior's impact on fashion.

Who Was Christian Dior?

Christian Dior (1905-57) was the son of a wealthy businessman called Maurice.

His reluctance to follow his father led him to study politics to become a diplomat.

Soon learning he did not like politics, he left without his degree and sold sketches on the streets of Paris.

In 1928, he opened his own gallery and it took 10 years before he finally got his break with Robert Piguet.

With fashion houses scarce at the time, Robert Piguet gave Dior his first job albeit as a pattern cutter.

Dior's skills were shown to the world when he created the famous design 'Cafe Anglais' dress. 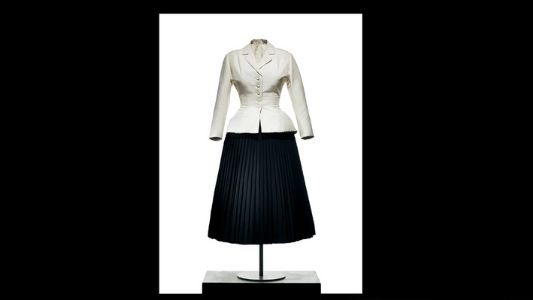 A hit at the time, it won him an admirer in the form of Carmel Snow who worked for Harper's Bazaar.

Christian launched Dior in 1946. A year later, he launched his first collection known internationally as the "New Look".

When 'New Look' became the talk of fashion, it transformed the fortunes of both Dior and France.

This change came at an ideal time. Resurrecting themselves through fashion among other industries after WW2, France and Dior were beginning to create a new identity.

Dior used this opportunity to expand into new areas like bags and fragrances to become a fashion powerhouse.

Now that you know about Dior, do you know their most iconic designs?

From inventing their own silhouette to creating that season's it-bag (a best seller),

Which designs caused writers to run out of ink and countless fans to flood to the nearest Dior store? 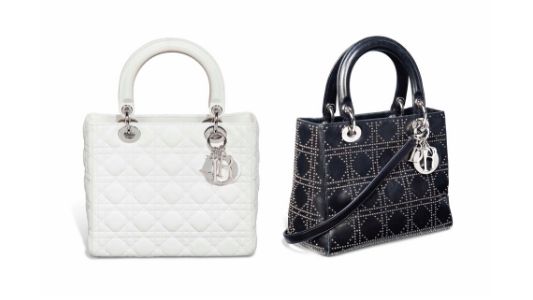 Originally called the Chouchou bag, it was launched in 1995.

The bag garnered worldwide attention when Diana, The Princess of Wales was snapped carrying the bag.

Dior recognised this and named the bag after her!

Today, it's known as the Lady Dior Bag which has since become an it-bag.

You can find the Lady Dior Bag along with other icons in auction. Check out our guide for more info: Luxury Handbag Auctions.

Dior first launched a fragrance in 1947. It was named after his sister who joined the French Resistance during WW2.

Miss Dior has used Natalie Portman and Keira Knightley as their muses for this famous perfume.

Fashion always needs a muse and Miss Dior has been illustrating just that. 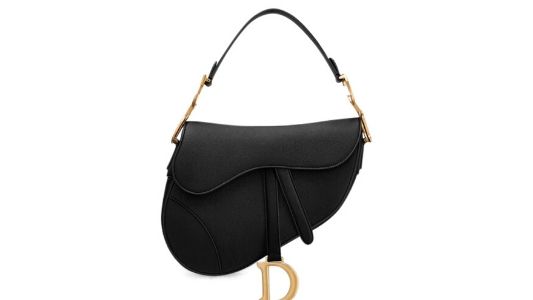 It's shaped like a horse saddle with the C and D charms hanging down. It's received many variations since its inception and has been seen on the shoulders of numerous celebrities. 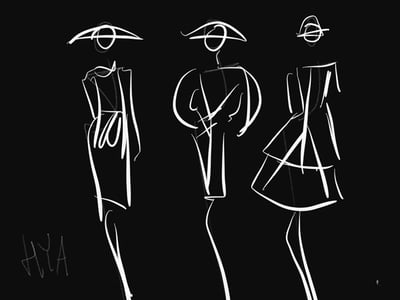 A silhouette is an outline or shape of an item of clothing. Dior invented three over 60 years ago and they are still used today!

From their first collection, Dior has grown from the being a breath of fresh air into a modern, yet elegant fashion house.

Their ability to accentuate various parts of a woman has introduced a new dynamic to creating fashion.

Dior can be found at every awards show with the likes of Emma Watson, Natalie Portman, Keira Knightley, Emma Clarke and more!

If you enjoyed the article, then hit the comments and let us know your favourite Dior design.

To discover your next it-bag, hit the link below and find your perfect accessory.