The History of Burberry

The History of Burberry

Burberry are a force in fashion.

After developing their iconic cheque design, they went through a period of mass imitation tested them to the limits.

However, smart recruitment and revoking of licenses helped Burberry to take control of their image and have since gone from strength to strength.

In this spotlight, you'll learn about their phoenix-like story and why they are one of the most talked-about fashion houses in the world.

Kicking off our spotlight is where it all started, over 150 years ago!

Thomas Burberry founded his label in 1856.

Despite being 21 years, his ambitions were exactly that, ambitious. However, he created a material that can only be described as a liberation.

Burberry innovated a material called Gabardine, a tightly woven fabric. This material was incorporated into his rainwear designs and proved to be resilient to wet weather which propelled Burberry into becoming a viable alternative to brands at the time.

Now that Burberry had a growing reputation, he moved to London in 1891 and It was here where even more famous designs took the fashion world by storm.

Creating one of the most recognisable pattens in fashion is no easy feat.

However, someone had to do it.

Not only that, Burberry went one stop further and created another iconic design which went as far as being official uniform for the British Army.

Check out some of Burberry's most famous designs! 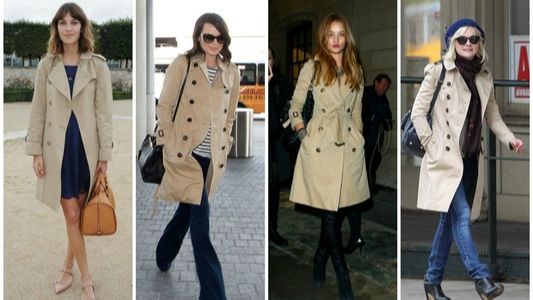 It was not until 1912 when Burberry created one of their most signature designs - the Trenchcoat.

However, Burberry and Aquascutum, another luxury fashion brand, are in an ongoing dispute over who is the official inventor of the Trenchcoat.

Despite this century-old argument, Burberry's trenchcoat helped to raise the profile of the marque as it was used in WW1 by the British Army.

In addition to the British Army, Sir Ernest Shackleton, a famous polar explorer, wore a Burberry-designed coat on three of his expeditions!

Game, set, and match in favour of Burberry? 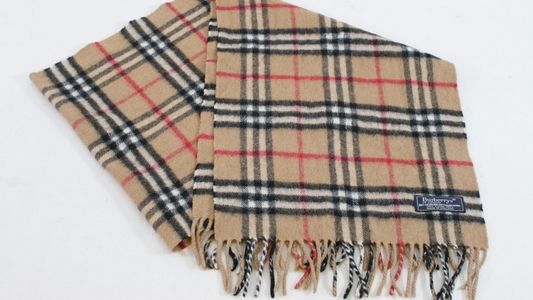 After the massive success of the invention of the gabardine rain clothes, Burberry went one better and created the Trenchcoat but this wasn't enough.

Burberry upped the ante with a design that became a staple for the brand, the Burberry check.

This design came in the '20's and was made up of a Scottish tartan on a beige base and accentuated by black, red, and white.

Transforming the fortunes of the brand for the decades to come, it was not long before their greatest asset would be used against them in the form of imitation.

The Demise of Burberry

Burberry were hit with a double whammy which nearly cost the brand everything.

Their first problem was imitation. The Burberry check became one of the most widely copied designs in fashion during the '80s and '90s.

In an effort to keep sales up, Burberry went on an extensive licensing program but this only threw more fuel on the fire.

That fire is called ubiquity and it's the enemy of luxury fashion brands.

Ubiquity can dilute a brand because it's seen to be widely available and this goes against the convention of what a luxury item is.

Burberry realised their ubiquity would lose them their regard of being known as a luxury fashion label because upper-class customers were moving elsewhere.

To maintain their reputation, they went on a campaign which rescued the brand.

Burberry began a campaign to take their brand identity back under the stewardship of Angela Ahrendts and Christopher Bailey.

One of their first moves was revoking licenses to increase their exclusivity and reducing the use of the Burberry check to around 10% of their products.

The reason for the dramatic drop in the use of the check can be attributed to their check being associated with football hooliganism.

The notorious nature of football hooligans were starting to impact the brand image so Burberry decided to make it less prevalent.

Revolution or evolution? Either way, the results were phenomenal.

Burberry have wrestled back their image from a variety of pressures and enjoy sales of around £2bn.

Check out some highlights from the SS2020!

What were your thoughts on the design? Head over to the comments and let us know!

The story of Burberry is quite remarkable.

Despite their chequered history and departure of key people like Angela Ahrendts and Bailey.

They responded by recruiting the talented Ricciardo Tisci to spearhead their new designs under the stewardship of Marco Gobbetti.

Their triumph is just another story added to the history of great British brands.

Head over to the journal for more stories!