The Most Expensive Paintings Sold in Auction

The Most Expensive Paintings Sold in Auction

Why do people pay so much for art?

When we hear or read that a painting has sold for an amount that cannot be comprehended, how many times have you asked yourself, what are they buying?

We answered that in our article: The Power of Creativity after, Onement VI, an artwork with a blue background and solid white line down the middle sold for $43.8m at auction! 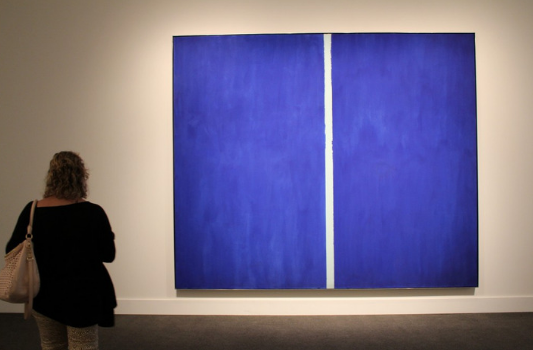 A phenomenal amount of money, it may be answer to the $67.4bn of sales that the art market recorded In 2018.

Artworks can be a fantastic way to add a new dynamic to your home and give people unique experiences. Check out our guide : Art, Antiques & Collectables in Auction to learn how you can improve your home.

In this article, you'll discover the 5 artworks that have sold for the most money, ever.

Straight up in number 5 is Jackson Pollock! 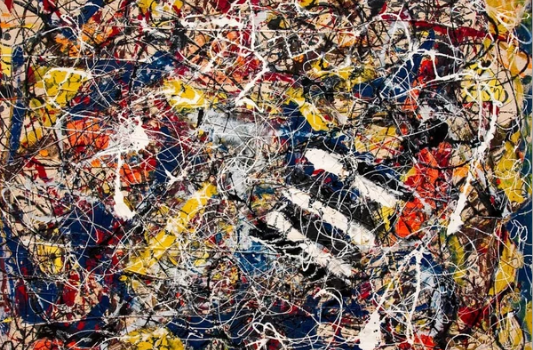 Image Via - The Tallenge Store

Jackson Pollock was an American painter most known for his abstract art.

Artworks of this type are non-representational and don't look like anything. They show emotions such as anger, sadness or happiness. How you can see these emotions lie in the manner in which the artist has painted their lines.

Pollock's shtick came from drip painting which involves the artist moving around the painting to dribble paint.

Trivia - some of his paintings contain his own footprints!

A big influence of abstract expressionist artworks is automatism. This is where an artist will go into a painting with no idea what it will look like and rely on chance or an accident!

It's safe to say that chance was with Jackson on this one! 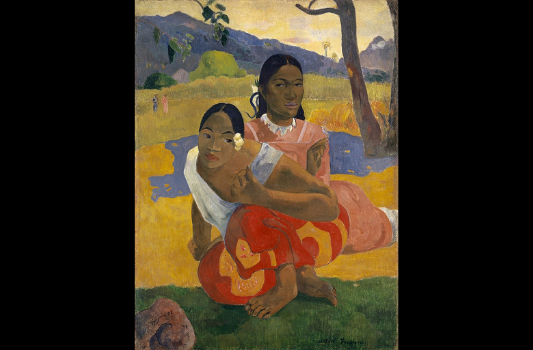 Moving on now, it's the controversial Paul Gauguin. He quit his job as a stockbroker and left his family for his hobby of art.

Works by Gauguin are noticeable by their bold colours, unconventional body proportions and strong lines which distinguished him from other artists.

With no formal art training, it didn't stop Gaugin from inventing his own painting style!

He had stints in Brittany which involved a tumultuous time with Van Gogh and sought refuge in Tahiti when he abandoned western society.

Painted in 1892, Nafea Faa Ipoipo has influences from his time in Tahiti. 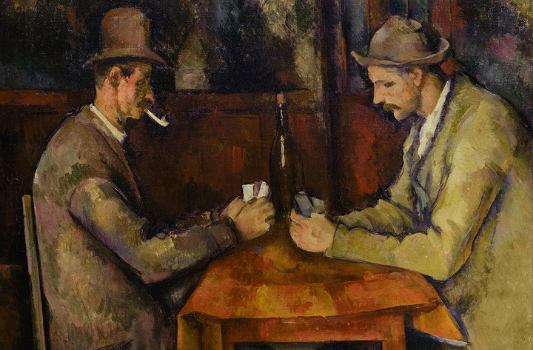 Respected in the world of art is French artist, Paul Cézanne.

Credited as laying the foundations that connected 19th century impressionism with 20th century Cubism, he's a father figure to the likes of Matisse and Picasso.

With a keen eye for the necessities, he created a series of five paintings which depict men playing cards.

They differ in size and illustrate his endeavour to find a solution to what he called 'spatial awareness'.

He ended up going from including spectators to just painting the players playing cards!

Trivia - The State of Qatar bought the painting in 2012.

He moved to America where he started painting abstract expressionist pieces. Another notable abstract artist was Jackson Pollock who features on this list.

De Kooning became engrossed with abstract paintings as he continued painting them.

This artwork, painted in 1955, was one of de Kooning’s first ventures into abstract painting. 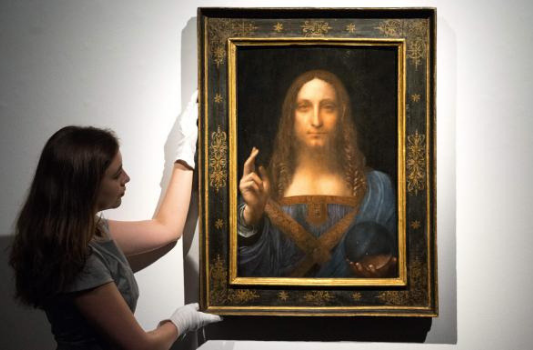 You don't get to number 1 without making a few enemies and the amount of scrutiny this painting has received is as incredible as the price paid for it.

The only painting by Da Vinci in private hands, The Salvator Mundi is one of the most controversial paintings in recent times.

The questions come from all angles but the major sticking points are its provenance because around 200 years is missing and if he actually painted it.

The Salvator Mundi is Latin for 'Saviour of the World' and it was painted during the High Renaissance.

Said to have eschatological tones, it depicts Jesus holding an orb which symbolises the Earth and crossing his fingers.

The painting was set to be unveiled at The Louvre Abu Dhabi but missed the opening with no reason at all. It was later found on a yacht! Here's the article Missing Salvator Mundi Found on a Yacht.

The paintings featured in this top 5 countdown have everything.

The controversy with the Salvator Mundi, the struggle endured by Gauguin, the revolution under Cézanne and so much more.

There's no shortage of excitement surrounding all of these paintings and the artists themselves.

The astronomical prices are understandable though. Why? Art is known to gain value as time goes by.

Artworks appear to be invulnerable to all economic environments so, is there anything better to invest in?

We hope you enjoyed the article as much as we did writing it. Which painting do you like the most from the list? Hit the comments and let us know.