Out-Priced but not Out-Gunned.

Under promising and over delivering can make a strong political campaign but now? A fantastic car.

The Porsche 918 Spyder is a member of the Holy Trinity of Hypercars and joined by the McLaren P1 and LaFerrari.

Now, for some reason it’s the most under-appreciated of the three. Why?

Some of the reasons highlight its 1.5-tonne weight and lower asking price but what Porsche has created needs to be celebrated. 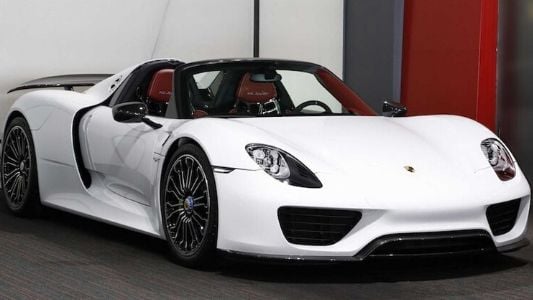 The ancestry of the 918 speaks for itself. Heavily laden with elements of the 2004 Porsche Carrera GT, you can already imagine the traction and sturdy chassis.

With 4-wheel drive and a technologically-advanced computer system, it's able to work out how much power each wheel needs!

What this means is that you can pay less attention to what gear you’re in and more attention to choosing when to put the hammer down and make use of the 918’s impressive traction abilities. 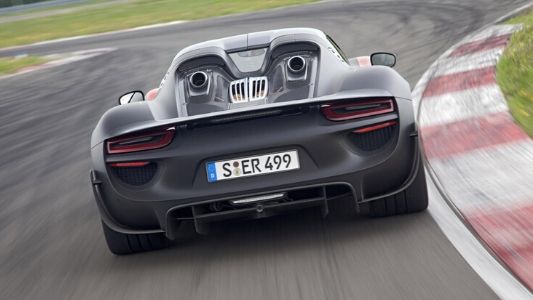 The Porsche 918 Spyder boasts an active aerodynamics system which modifies itself to the requirements of the driver.

They didn't stop there because there's a bolt-on called The Weissach package.

In short, it’s less weight and more performance. A tell-tell sign of 918s sporting this package are the unpainted composite elements, six-point seatbelt and aerodynamic flaps.

These gadgets and capabilities all came together to complete a 6:57 lap time at the Nürburgring. Ironically, McLaren issued a 7-minute target for the P1. Not bad eh?

Check out the video!

Check out the performance stats for the 918 Spyder!

The Porsche 918 has more than earned its place as a member of the Holy Trinity with these punchy stats.

A lot of what’s great about the Porsche 918 Spyder you cannot see at first.

It’s when you drive the car and hear it grow from a hum into a space shuttle do you see what Porsche packed into the car.

The Holy Trinity has introduced us to a new breed of car. The performance stats and use of technology are both scary and exciting.

What are your thoughts on the Porsche 918 Spyder? Hit the comments and let us know!