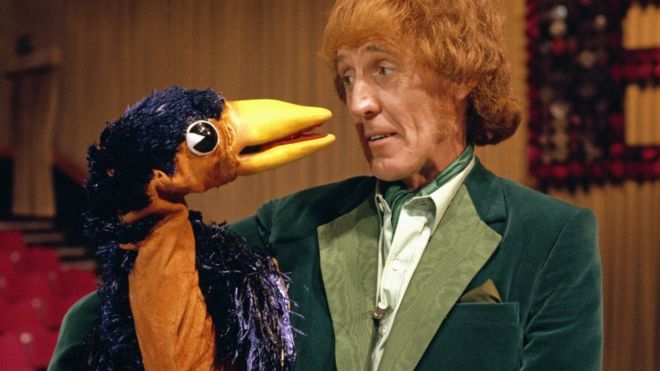 Orville the Duck and Emu puppets go to auction at Bonhams in London next month.

Perhaps one of the most famous puppets to have a hand stuffed inside it. Orville the Duck was used by ventriloquist Keith Harris and rose to superstardom in the early 80s.

Orville was a regular on TV during the 80s and 90s and became a household name as a stand out act on The Keith Harris Show.

At the height of their powers, Orville and Keith released several singles together including "I wish I could fly" which peaked at number 4 in the UK charts.

Emu wasn't quite as adorable as the green, fluffy Orville and was notorious for its highly aggressive nature. Emu gained a reputation for being mischievous and attacking celebrities.

Emu infamously terrorised Michael Parkinson on his show in 1976. Worth a watch, if you haven't seen it or fancy a laugh.

No one was safe from attack with other victims including Snoop Dogg, Johnny Carson and even the Queen Mother.

Emu got his big break alongside Rod Hull in the 1970s with Emu's Broadcasting Company and Rod 'N' Emu.

Both of the original puppets are now due to go to auction at Bonhams in December. Guide prices have been set at between £8,000 and £10,000 each.

The puppets are part of an entertainment memorabilia auction that also features Francis Rossi's Telecaster guitar and a host of Beatles treasures.

Both Hull and Harris have passed away. Hull died in 1999 after falling from the roof of his house aged 63. Harris died in 2015 after a 2 year battle with cancer.