Only a few swords have survived from this period with most of them displayed with pride in ancestral homes or museums.

Amazingly, instead of holding pride of place above a fireplace or on a landing wall, this sword called a garage it's home.

The artefact was discovered in the garage by a son who was clearing out his late father's belongings.

As you can see, the sword is not in the most excellent condition, but, miraculously, it has survived for around 500 years.

Originally from the Scottish Highlands, the sword is believed to have belonged to a Scottish mercenary. Its pitted condition means that it is likely to have been buried, submerged and exposed to the elements.

Valued at just £200 and offered for sale at Hutchinson Scott auction house in Skipton, Yorkshire. After it's age and significance was discovered, they could only watch as the bids poured in.

Paul Macdonald, a sword maker and master-at-arms at Macdonalds Armouries, was one of those placing bids on the sword.

Macdonald believed that the sword was one used by West Highlander members of the 'gallowglass'. 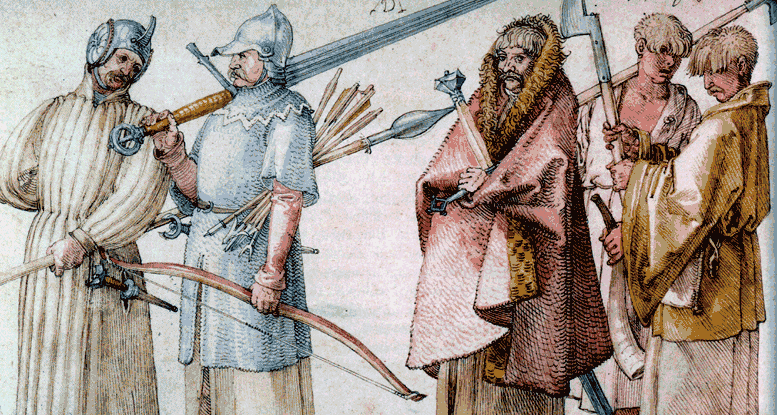 Elite mercenary warriors who were principally members of the Norse-Gaelic clans of Scotland between the mid 13th century and late 16th century.

They were Gaels who shared a mutual background and language with the Irish but were descendants of 10th century Norse settlers.

Such was their reputation as a heavily armoured, trained aristocratic infantry; the gallowglass feature in Shakespeare's Macbeth.

Renowned for their fighting prowess, they were often hired as bodyguards who were unlikely to become involved in local disputes.

Mr Macdonald would go on to add that the slender longsword was a 'very distinctive' weapon and one that would be incredibly light and fast in combat.

William George have a whole host of antiques, collectables and militaria in auction every week. What will you discover today?