A collection of MatchBox cars dubbed by experts as one of the worlds finest has just sold at auction for a striking £300,000.

The most expensive model to go under the auctioneer's hammer was an ERF dropside lorry in lime green that sold for more than £7,000 alone.

The seller of the items was Simon Hope, who may be a familiar name to those who buy human-sized cars. He is the chairman and founder of H&H Classics.

Simon recalled how his grandmother refused to let him use the cars on her mahogany dining table to avoid damaging it. Many of the toys were kept in their boxes and maintained pristine or excellent condition.

Father-of-two Simon, 68, said that "It was only when I got older that I realised there was actually a collecting scene out there and information on rarer versions and colours," 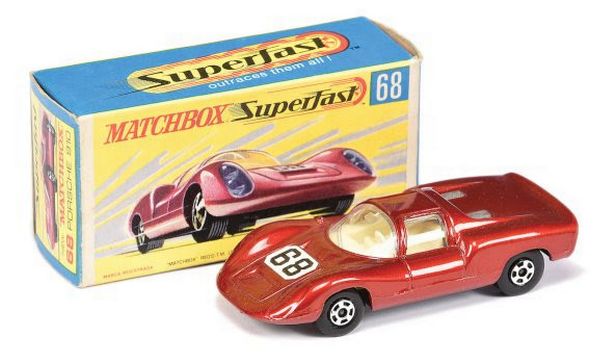 Julian Royse, a specialist at Vectis, said: "There is a big market out there for items like this, particularly the models from the 1970s."

The MatchBox toy brand reportedly started after one of the founder's children was told they couldn't take any toy into school that wouldn't fit inside a matchbox.

First introduced in 1960, the 1-75 series would remain at 75 models for almost 40 years. As new models were released, older models were discontinued to allow dealers to keep their 75 model displays stands for years.