The 1936 Olympic games were infamous for several reasons as sports took a back seat and politics and propaganda took hold.

Although the games were awarded to Germany before he took power, Adolf Hitler was in charge when they took place. The Berlin Games would become a powerful propaganda tool for Nazi Germany.

There was some talk about the Olympics being boycotted because of what Hitler was doing to the Jewish people in Germany. Jewish athletes were banned from tracks, pools, courts and training facilities. They even found it difficult to train on their own.

Hitler's idea of the Aryan master race was defied by several athletes. Most notably, Jesse Owens, who became the first man to win 4 Olympic gold medals in one games.

The 1936 Olympics will always be remembered for Jesse Owens' victories and the consequential embarrassment for Hitler.

Owens returned to America as a hero of the people but President Franklin D. Roosevelt never invited Jesse Owens to the White House following his triumphs.

America was a country battling with racial laws and cultural norms of its own. Owens was left unable to capitalise on his Olympic triumphs with no corporate endorsements or coaching offers.

American weightlifter, John Terpak met Owens during the games and helped to support him by inviting him to speak at events. Owens had ended up working in petrol stations and even racing against horses.

Owens said, "People say that it was degrading for an Olympic champion to run against a horse, but what was I supposed to do? I had four gold medals, but you can't eat four gold medals."

Such was Owens' gratitude to Terpak that he gave him his Olympic gold medal.

The whereabouts of his other 2 of his medals are unknown.

Unfortunately, the medals were not engraved with the name of the winner or the event. It is impossible to know which medal was for which event but the authenticity has been guaranteed.

Goldins Auctions state that "No athletic award since the beginning of time carries the same historical weight and value this one does, for no athlete ever achieved nor proved as much as Jesse Owens did during the 1936 Berlin Olympics."

"This gold medal – Jesse Owens’ gold medal – is physical evidence that a man cannot and will not be judged by his colour, race or religion alone." 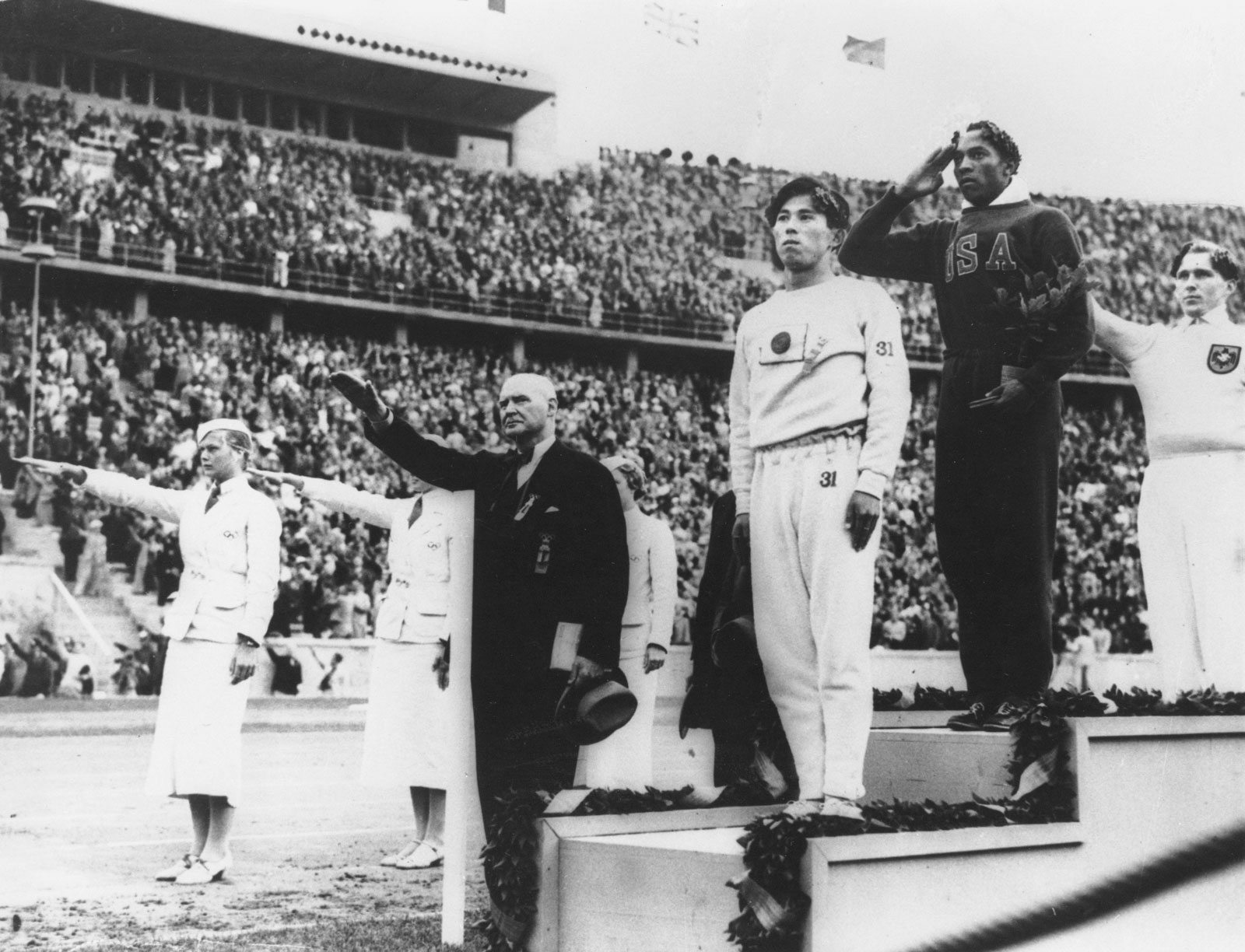 The legacy of the 1936 games lives on and the tradition of the Olympic torch was created in Germany. However, this ritual is shrouded in controversy too as the first torch was created by Krupp, the German steel company who manufactured weapons for the Nazis.

The controversy didn't stop there as the route from Olympia, Greece to Berlin touched seven countries that would later be occupied by Germany and their allies. Fights broke out in Vienna and maps distributed on the route showed part of Czechoslovakia as part of Germany.