Interview with a top seller of historical & royal treasures

Interview with a top seller of historical & royal treasures

We spoke with one of our long-standing regular clients, an international seller of historical artefacts, and they shared with us some of their favourite items they have had for sale recently.

We have seen a rare printed facing slip from the Titanic 'New York Foreign Mixed/From SEA POST LETTERS' bearing a fine clear date stamp of the Sea Post Office aboard the ship 'Transatlantic Post Office/Ap 10 12' and the cachets 'O.S.Woody' and 'TITANIC'.

The Titanic, the most famous of all shipwrecks sunk on the night of 14 April, after hitting an iceberg mid-Atlantic, with the loss of 1,500 lives. O.S.Woody, one of three American postal clerks on the ship prepared a small quantity of letter sorting facing slips, applying the ship's handstamp to them on April 10, the day the ship left Southampton. Woody died in the disaster, these slips being found on his body after it was recovered from the sea by the Mackay Bennett. A rare and poignant survivor from this famous maritime disaster - the facing slip sold to an international collector for £5,900. 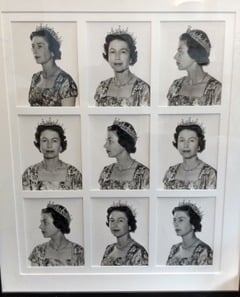 We also had the joy of cataloguing fascinating material from renowned photographer Antony Buckley (1912-1993) who worked in the early 1950s in Dorothy Wilding's London studio (the photographer of the 1952 Wilding Definitive stamps). In the 1960s Anthony moved to Grosvenor Street, an address better reflecting his status as a Royal photographer.

A group of nine photographs with H.M Queen Elizabeth II posed from left to right wearing a diamond tiara with matching earrings and necklace made £16,000.

Anthony Buckley's portraits were donated to the National Portrait Gallery in 1995, so examples of his photographs in private hands are much prized. 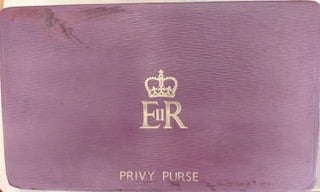 This Privy Purse Box is believed to date from the 1950s or 1960s when the Private Secretary to H.M Queen Elizabeth II and Keeper of the Privy Purse was Sir Michael Adeane (from 1953 to 1972).

Following Sir Michael's retirement, he was appointed Baron Adeane of Stamfordham in Northumberland and was a member of the House of Lords until he passed away in 1984. Before 1953, Sir Michael was Assistant Private Secretary to H.M King George VI from 1945.

The privy Purse Box is held by the Keeper of the Privy Purse, which involves looking after H.M. Queen Elizabeth's bank account, supervising the finances of her private estates and controlling payments from the Civil List for Official Expenditure. 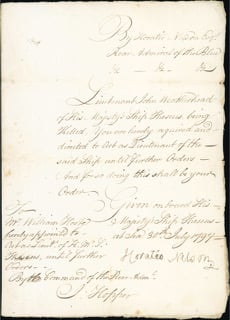 In general, there is fascination from collectors in recent history - both items which relate to royal families or national leaders in fields of politics or key endeavours; for example an order signed by Admiral Nelson in 1797 'John Weatherhead of His Majesty's Ship Theseus being killed, you are required and directed to act as Lieutenant of the said ship until further orders' signed 'Horatio Nelson', using Nelson's left hand just five days after he was shot during the attack on Tenerife.

Lieutenant Hoste became a Captain in 1802 and captured or destroyed over 300 enemy ships in the Mediterranean during a successful career that saw him created Baronet in 1814. This item realised £8,000.

We have also had a remarkable 1948 letter from H.R.H.Duke of Windsor (formerly H.M. King Edward VIII) at La Croe, Alpes Maritimes, France to Lord Beaverbrook mentioning Sir Winston and Lady Churchill and the Abdication, which sold for £4,275. 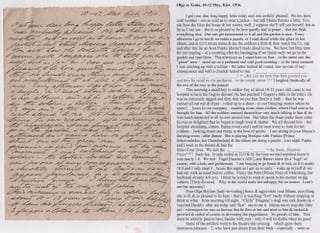 A fascinating group of letters from Grand Duchess Olga Romanov, sister of Tsar Nicholas II, to her sister Grand Duchess Xenia. The letters dated from 1916 to 1920 and are written from Kiev, Odessa, the Black Sea, Northern Turkey and Belgrade in Serbia (Yugoslavia) en route to Denmark where Grand Duchess Olga went into exile.

Take a look around and see what treasures we can tempt you with today.