In December last year we wrote about an unbelievable collection of whisky dubbed "The Perfect Collection". The accumulation of almost 4,000 bottles is going under the hammer at 2 separate auctions. 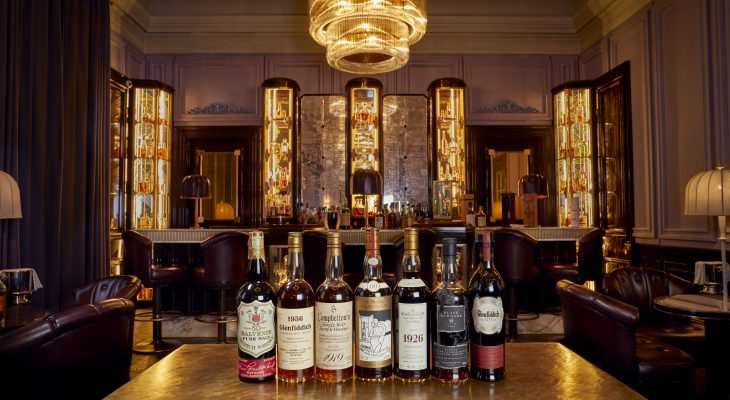 The first part of the auction has now taken place and it's time to look at the results. The hype leading up to the auction was justified as several bottles set auction records.

The highlight of the sale was an astonishingly rare Macallan 1926 Valerio Adami. It became the first Adami bottle to smash the one million dollar ceiling to become the new world record holder as the most expensive bottle ever.

The largest ever private collection of whisky, consisted of over 3,900 bottles of primarily single malt Scotch whisky from distilleries including The Macallan, Bowmore and Springbank.

The collection was expected to fetch between £7-£8m. Split between two auctions, one in February and one in April.

Sold online by Whisky Auctioneer from Perthshire in Scotland, the first part of the auction this month saw 1,642 bidders from 56 countries around the world.

Iain McClune, founder of Whisky Auctioneer, said: “We always knew The Perfect Collection by Mr. Gooding could make whisky history, but with auctions anything can happen."

The growth of online auctions

The legendary bottle of Macallan's sale was also the first time that a bottle of whisky has sold for over a million dollars at an online auction.

We are seeing an increase in the number of auctions being held online ever year as the age old industry moves forward into the realms of the internet.

Online auctions are now becoming more and more popular as we see a shift towards the next generation of collectors and how they make their purchases.