Iconic Apple products up for auction

Iconic Apple products up for auction

A majestic collection of 26 Apple products is heading to auction and ranges from computers to beach towels and beyond.

Steve Jobs will undoubtedly go down in history as an inventor, designer and entrepreneur who changed the face of the world.

Jobs led Apple during a period when their revolutionary products the iPod, iPad and iPhone dictated the evolution of modern technology.

The group of items comes from the collection of Jerrold C. Manock, an Apple Product Design Engineer. Employee number #246 at the company and the man known for designing the Apple II computer.

Manock is also regarded as the 'father' of the Apple Industrial Design Language.

Manock recalls: "Steve Jobs generously rewarded accomplishments that he valued. This 'Hero' award, given in front of the Mac Team, 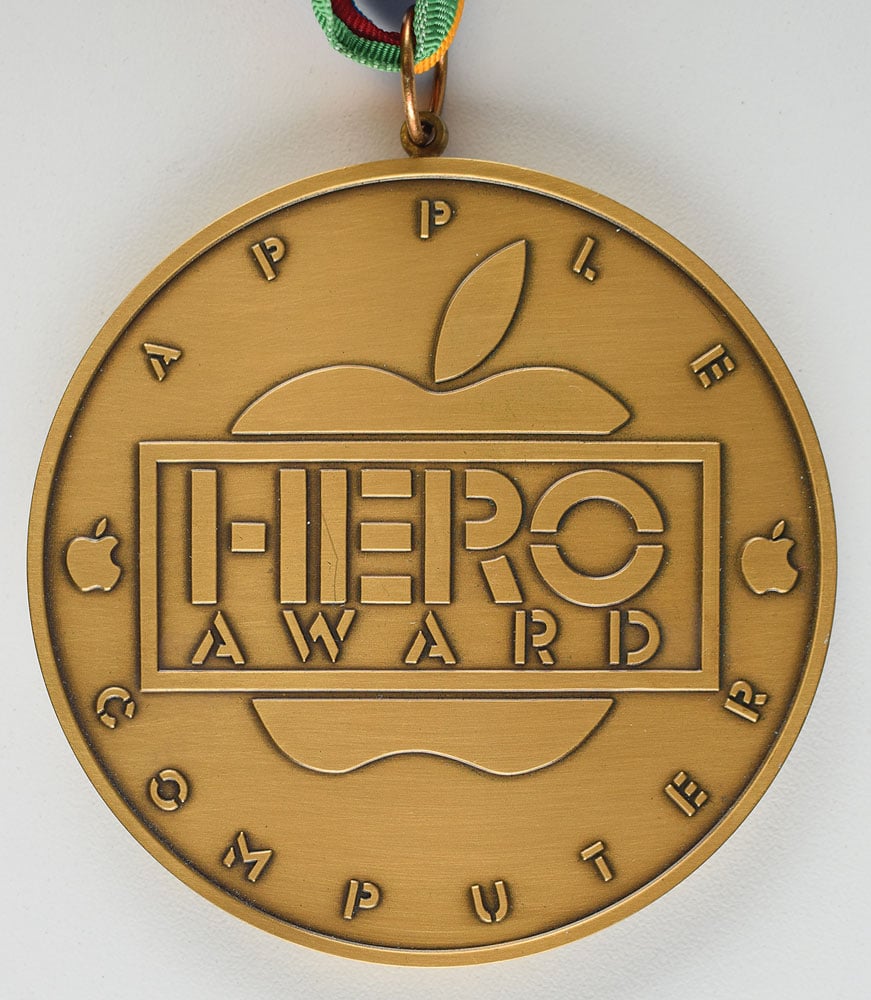 Highlights from the sale include a Steve Jobs signed contract for the Apple II, patent plaques, promotional material and much more.

Just look at these fantastic 1980s promotional beach towels, I'm surprised this hasn't caught on more. Would you rather have a William George Auctions mug or a magnificent beach towel... 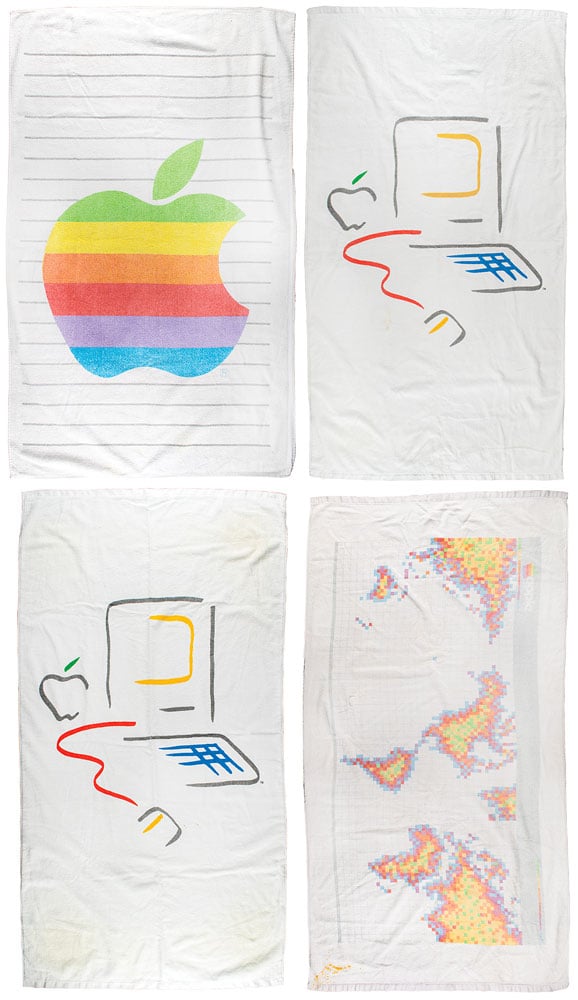 Okay, now we've got the towels out the way, we can get a bit geeky.

There is an exceptional Apple-1 computer, fully functional and complete with all the components and accessories you need for operation.

The auction house estimates the piece could reach up to $300,000.

I think you'll agree it doesn't look quite as fresh as the latest Macbook Pro, or those beach towels... 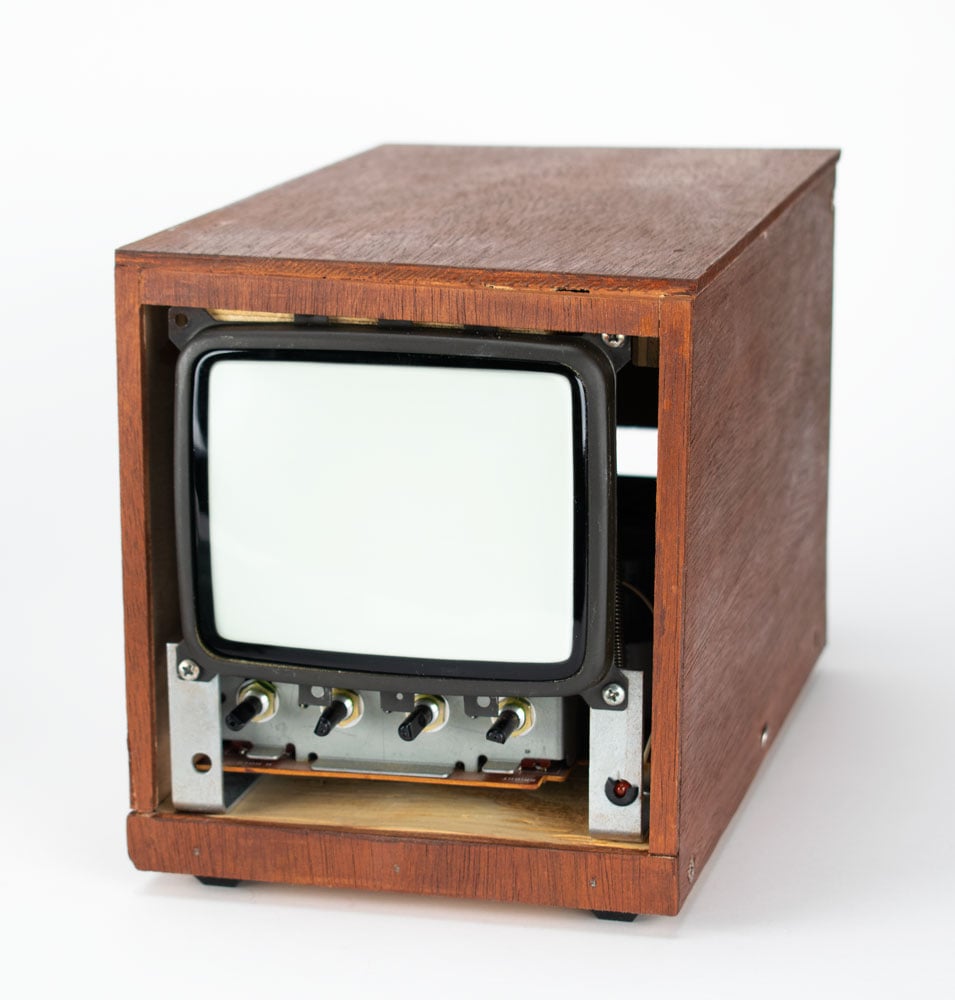 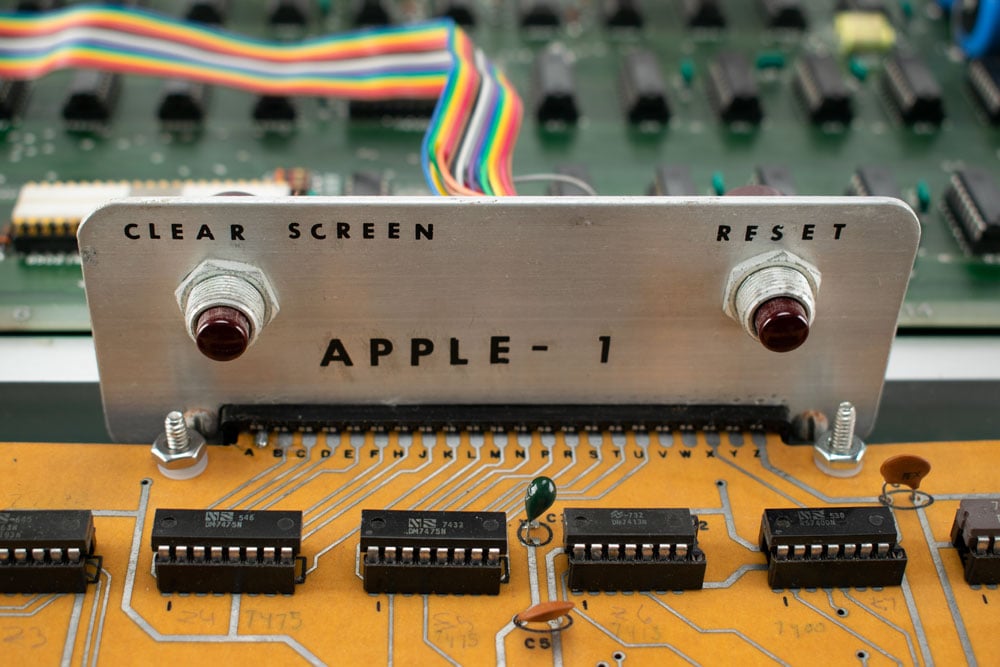 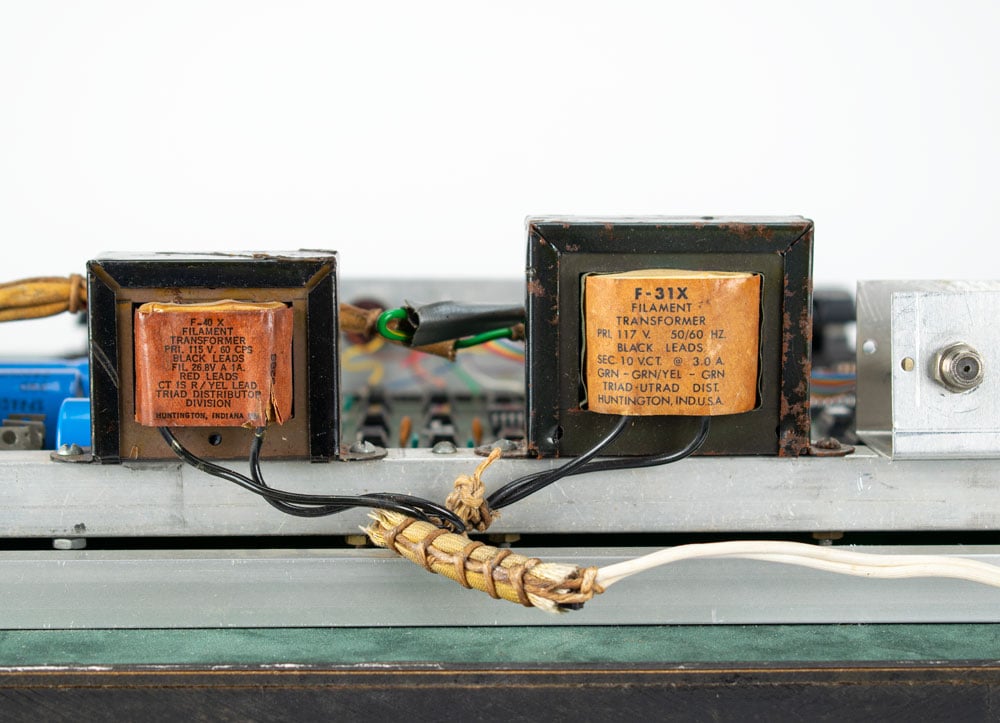 If 1976 is too retro for you then how about this original 1983 Apple Macintosh 128k computer complete with 'In Appreciation: Jerry Manock' plaque. 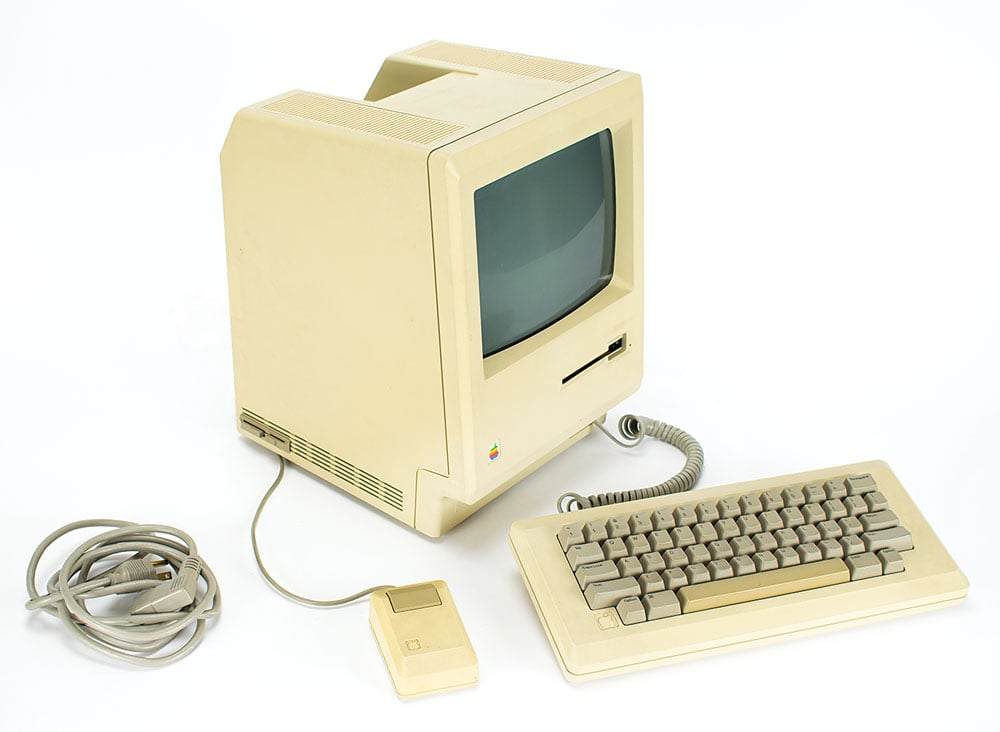 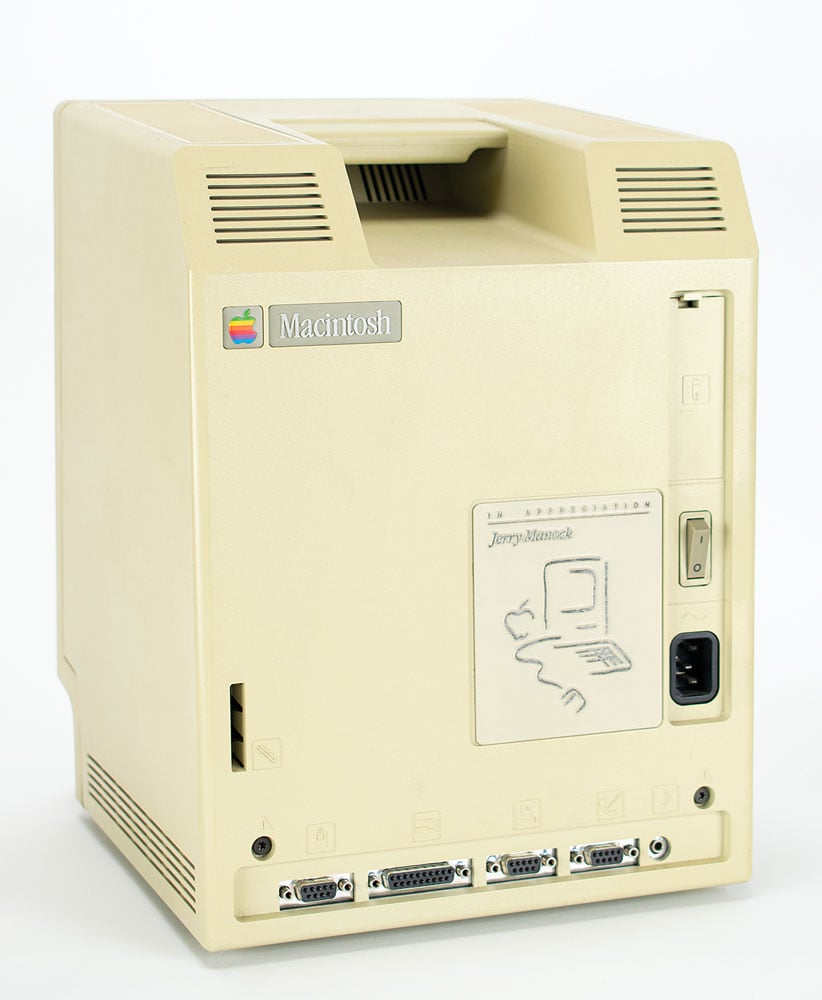 Another excellent piece of Apple history is the Steve Jobs signed contract for the product design of the Apple II.

"For a design labor fee not to exceed $1800.00 I will prepare working drawings of the plastic enclosure and door, and the sheet metal pan, complete with detailed specifications and finishing instructions." 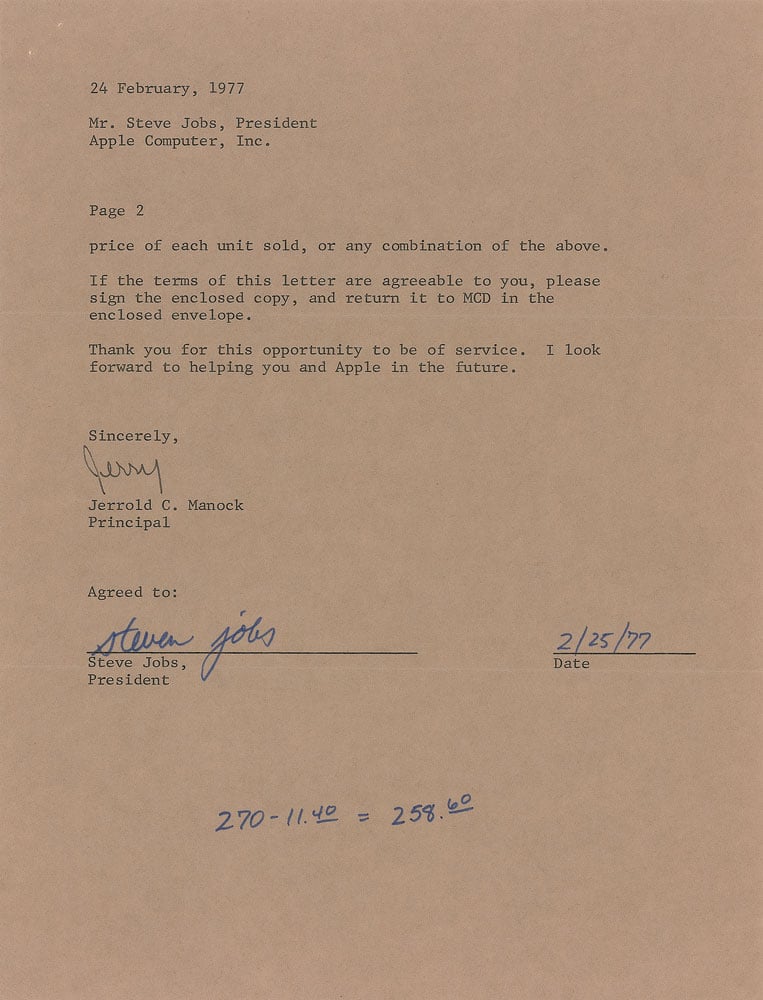