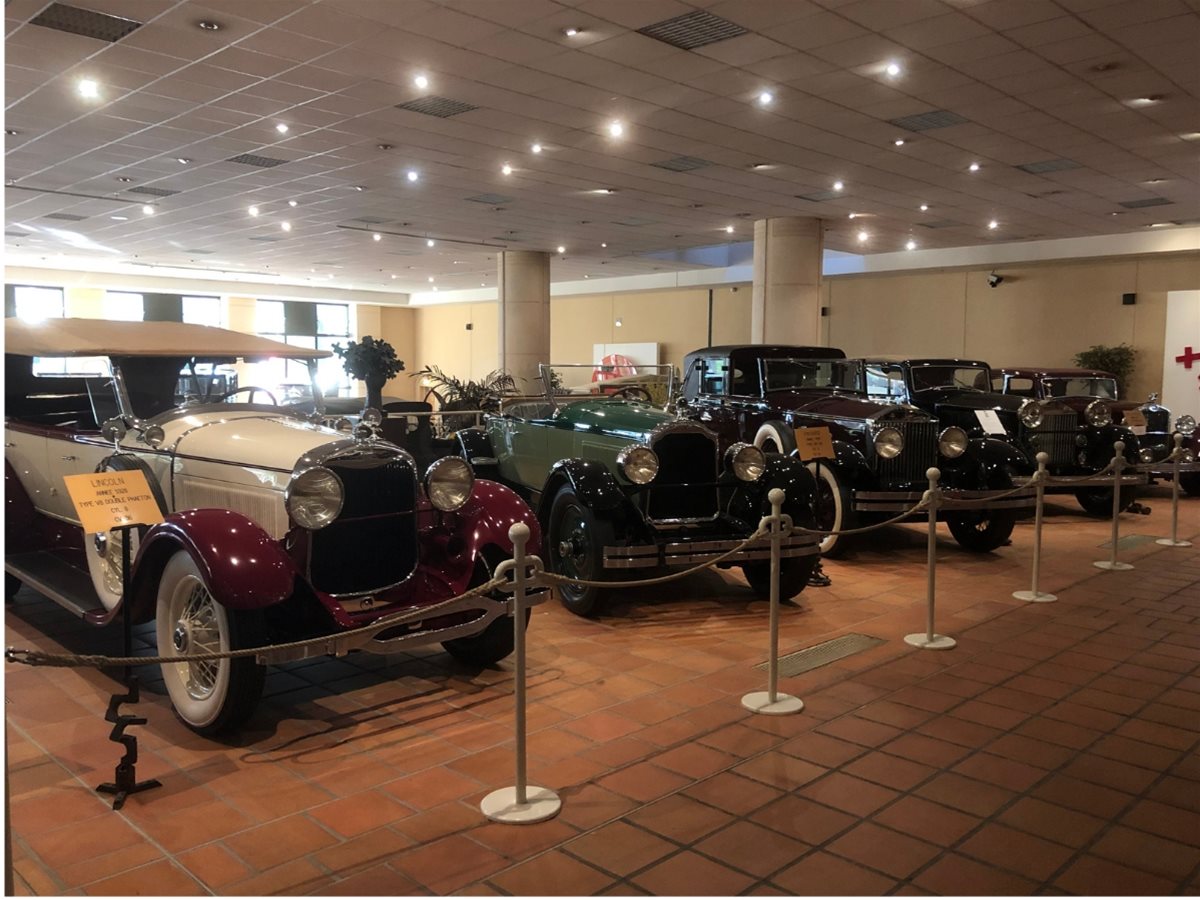 The Greatest Car Collection Ever?

Monaco, the sovereign state which shares a border with France, is one of the most glamorous places you can find in Europe. Said to be smaller than New York's Central Park, you can walk from one end to the other in around an hour!

One of Monaco's major tourist attractions is Prince Rainier III's impressive car collection. A known car enthusiast, he collected cars over a 50 year and it grew so much, a museum was the only thing big enough for it!

Estimated to house 100 cars, here's a look at one of the greatest car collections ever! Due to it being Monaco, we need to start fast.

Once you navigate the Le Mans racers and what appears to be a dessert tank, you'll come across a row of F1 cars.

This isn't a standard collection because the amount of F1 history is huge! You see cars that were driven by iconic drivers such as Mika Häkkinen, Lewis Hamilton, Damon Hill and Fernando Alonso.

The cars themselves cover over 40 years of F1 racing and range from Renault and Jordan to McLaren. There are some vintage F1 cars with their engines exposed too which show how intricately designed these wonderful machines are.

What struck me were the suspension springs and a somewhat tactically placed exhaust system. It's a fantastic collection of F1 cars which illustrate how the sport has evolved during its history.

My favourite part of the museum.

Now, imagine every Ferrari you dreamed of as a child and seeing them all lined up at once! It's truly staggering how these cars manage to glow or was that just me?

They set the tone for the entire museum because it's the first thing you see! When you walk in, you're just immediately pulled into their allure.

As you gravitate towards them, you begin to see what you're actually seeing! A Ferrari Enzo, F40, Dino, Testarossa and even an F1 car but there's more!

It's difficult to do this collection justice, so take a look at the video!

The vintage cars are incredibly cool. It's as if you go from modern engineering to those ultra-cool cars from the Golden Years of Hollywood.

The only thing you're missing are those white sidewalled tyres.

You can find cars from Lincoln, Jaguar and Packard plus a host of other manufacturers as well.

What accentuated the experience was how they were all lined up. It was like they each had their own sense of authority and you must acknowledge that as you walk past them.

As you progress further down the line, you see even more cars before you enter the veteran section - and those cars are just as interesting.

What gave these cars away was the fact you need to start the cars by spinning a crank!

Dating as far back as 1921, these cars, although primitive in nature, are fantastic examples of how far we have come.

It's clear that mountains have moved since these cars were the pinnacle of their class but you can appreciate where it all started.

The collection is truly magnificent. This article is just a snapshot of the actual collection but you'll see even more from the collection of photos.

If I had the time, I'd spend hours in here but I only had one day to explore the whole of Monaco! I made it in the end but this was one of the experiences that I wanted to share with you.

If you're ever in Monaco then this is a must-see!