Francis Bacon triptych expected to sell for over £46m at auction

Francis Bacon triptych expected to sell for over £46m at auction

A Francis Bacon triptych was unveiled at Sotheby's London today, and it could sell for more than £46m when it goes to auction in New York in May.

For those wondering, a triptych (TRIP-tik), is a piece that consists of three panels, typically used as an altarpiece. 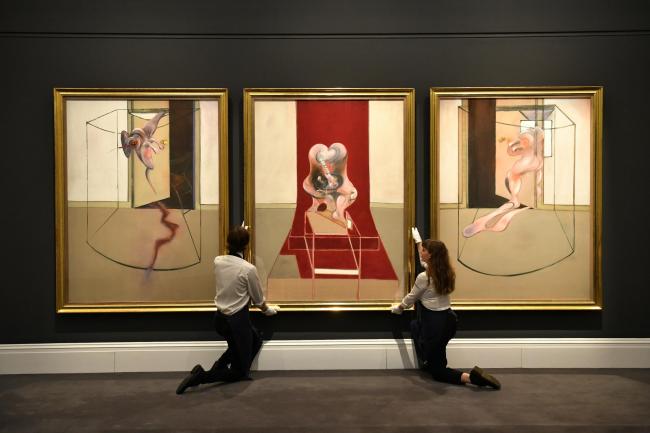 'Triptych Inspired By The Oresteia Of Aeschylus' was painted in 1981 when Francis Bacon was in his 70s. Each panel is colossal, measuring over 2 metres tall.

The giant artwork is going to auction at Sotheby's Contemporary Art Evening Sale in New York on the 13th May.

The piece draws on Bacon's tumultuous relationship with his parents. The painting's title refers to a Greek tragedy in which a man kills his mother in revenge for the murder of his father.

Experts say the painting is one of the "most ambitious, enigmatic, and important works of Bacon's oeuvre".

Alex Branczik, head of contemporary art for Sotheby's Europe, said: "Francis Bacon is the great tragedian of his age."

He would go on to describe the painting as "an arresting and original vision, a true masterpiece that confirms Bacon's standing in the pantheon of modern masters." 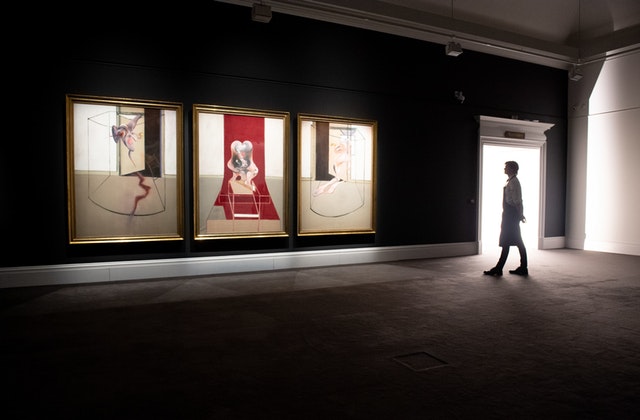 It was initially purchased from Bacon's London gallery in 1984 by Norwegian collector Hans Rasmus Astrup.

The billionaire businessman said he would use the money from selling the painting to help pay for the Astrup Fearnley Museet museum that he runs in Oslo.

Bacon painted 28 large-scale triptychs, but only six have ever come to auction.

One of those 6 held the auction record for the most expensive piece of art ever sold.

'Three Studies of Lucian Freud' (above) sold at Christie's for an enormous £110m before works by Picasso and Modigliani pushed it down the rankings.

The current record for the most expensive painting? Leonardo Da Vinci's Salvator Mundi. The price, £342m.

Have you seen Invader's Rubik Cube version of Da Vinci's Mona Lisa? Check it out here. It's worth a look!

Bacon was a British figurative painter known for his emotionally charged raw imagery and fixation on personal motifs. Best known for his depictions of popes, crucifixions and portraits of close friends.

Since his death in 1992, Bacon's reputation and market value have grown steadily, and his work is now among the most acclaimed, expensive and sought-after.

In the late 1990s several of his major works, previously assumed destroyed, reemerged to set record prices at auction.