Towards the end of 2018, it was announced that Baselworld and SIHH (Salon International de la Haute Horlogerie) will merge their events from 2020 onwards.

This news made waves in the watchmaking industry as both events, which previously competed against each other, would now be back to back from April 26 to May 5th.

Attracting over 100,000 each year, Baselworld is undoubtedly the biggest watchmaking event in the world.

But, what's the history? Who goes there? How did it grow to become the place to be?

Still going strong after 100 years, Baselworld has been a reference for the latest trends and designs in the watchmaking and jewellery world. Check out this timeline.

Now that you know what Baselworld is, which watchmakers attend?

The prestigiousness of Baselworld can't be argued. Some of the most historic watchmakers in the world exhibit at the event. Here are some examples:

If there's one thing you need to know about Hublot, it's that you don't need to follow the rules.

Their controversial debut at the 1980 Baselworld Watch Fair included a rubber strap which sent attendees (mostly purists) into a meltdown!

Since then, they have continued to experiment with what they call the 'Art of Fusion' which, as you'd expect, has no boundary.

Breathing fresh air into the industry, they have grown to become the official timer of The World Poker Tour, Formula 1 and the FIFA World Cup and boast ambassadors such as Floyd Mayweather, José Mourinho, Pelé and more!

Patek Philippe is one of the oldest watchmakers in the world. In fact, 2019 was their 180th birthday!

They strive to create the finest timepieces in the world and illustrated this with their Grand Complications series.

These watches are some of the most complicated in the world and possess abilities such as chiming like landmarks such as Big Ben!

One of their most famous creations is no doubt the Calibre 89. It possesses 33 complications and 1,728 components! 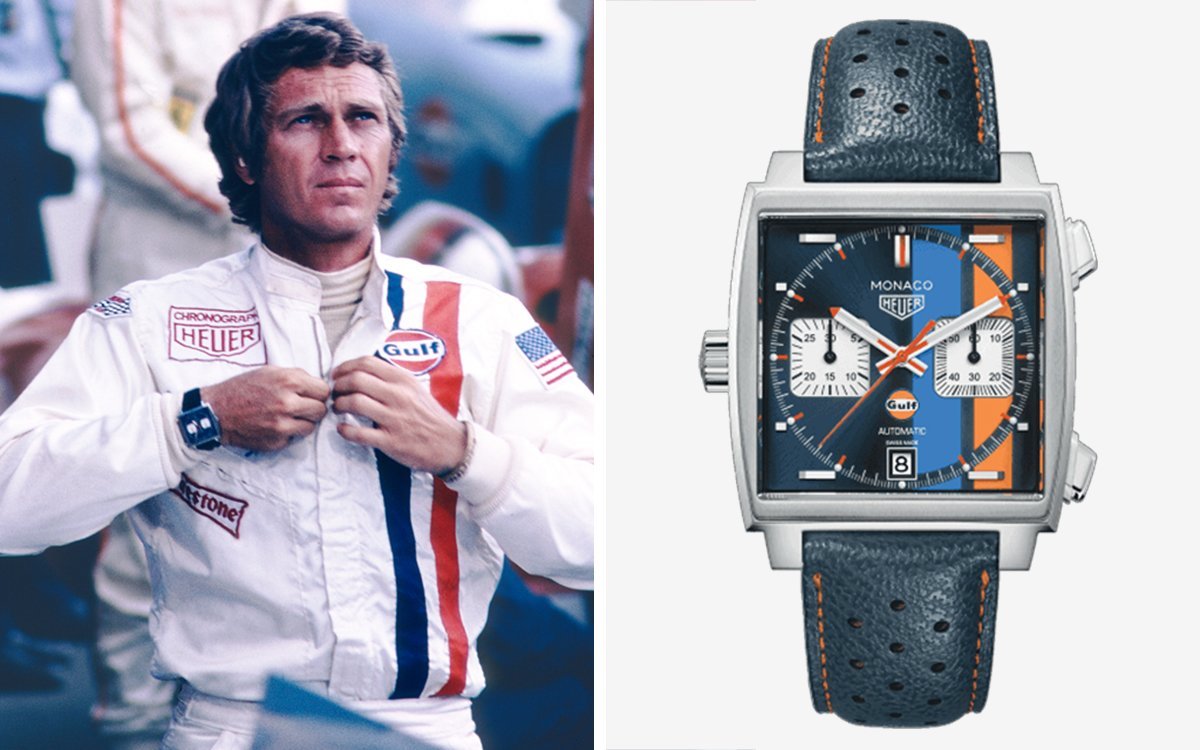 Tag Heuer has been pushing the boundaries of watchmaking for nearly 160 years.

They have an enviable heritage of watches such as the Carrera and Monaco. The latter was granted cult status after Steve McQueen wore one in the 1971 movie, Le Mans.

To show their accuracy, they have created numerous watches but the Mikrogirder 10,000 is a step above them all.

A phenomenal timepiece, Tag Heuer know how to steal headlines.

Breitling's story began in 1864 where Léon Breitling devoted his life to Horology with an emphasis on the likes of sports and aviation.

Creating iconic pieces such as the Navitimer and Chronomat, their functionality was lauded and reached its peak when they were considered the 'Official Supplier of World Aviation'.

In keeping with their founder's devotion, they tackled the question of the century, an automatic winding chronograph. They partnered with Jack W. Heuer and Dubois-Dépraz and in 1969, presented their piece which attracted acclaim.

Throughout their history, they have continued to push the boundaries of watchmaking and remained at the forefront of watchmaking.

Chopard is a family-owned watchmaker who is known for combining tradition and luxury.

You would have seen this with their happy diamonds range which includes watches that have loose diamonds between two crystal lenses.

They took luxury to yet another level with the Imperiale Joaillerie (above). Presented at the 2016 Baselworld, it took over 1,000 hours to create!

In keeping with tradition, they have a fine watchmaking department who create an array of intricate and fascinating pieces. These watches carry the L.U.C moniker.

Baselworld has helped to transform the watch and jewellery industry.

Attracting the biggest names in the business, it's become a real Mecca for thousands of retailers, journalists, bloggers and more!

Despite the loss of notable watchmakers such as Omega, Baselworld continue to find new ways to attract watch and jewellery makers the world over.

The news of its merged calendar with SIHH all but reaffirms their mission to keep Switzerland as the foremost destination for watchmaking in the world.

What are your thoughts on Baselworld? Hit the comments and let us know!

Head back to the Journal for more details.