The History of Aston Martin

The History of Aston Martin

Make The Next Car Faster

There's something about Aston Martin which attracts your attention.

Could it be their iconic partnership with the James Bond franchise? The aggressive yet elegant styling of their cars? Or perhaps their racing heritage? All 3? Have we missed something?

As one of the most exciting brands out there, they plan to introduce an array of new cars which are exactly that, new.

Examples of these new cars include a hypercar, electric car, SUV and it's making Aston Martin one of the most talked-about carmakers in the industry.

Founded over 100 years ago, we're going to explore their story and the cars which left us in awe.

A brief history of Aston Martin

Aston Martin's story began in 1913 as Bamford and Martin Ltd.

Their founders, Lionel Martin and Robert Bamford, chose a vision of impeccable design and supreme performance.

Like other carmakers, a source of sales came from motorsport success and Aston Martin duly followed. Their racing efforts helped to raise their profile and sales.

However, they weren't immune to the struggles at the time such as the world wars and the depression.

When Aston Martin fell on hard times, they were put on the market in 1947. David Brown answered the call and paid £20,500 for the struggling carmaker.

Now under new ownership, Aston Martin's financial struggles were erased and their first design was massive.

It was the Aston Martin DB1 which kicked off the David Brown era and what a car that was!

An iconic car, the DB1 is credited with transforming Aston Martin and turning them into a dynamic and exciting company.

The success of the DB1 created a blue print for future cars and over time, Aston Martin created an array of cars which became cinematic icons or a sight to behold.

Check out some of our favourites!

Choosing 5 Aston Martins were hard so we threw in an honourable mention.

Let us know your thoughts in the comments! 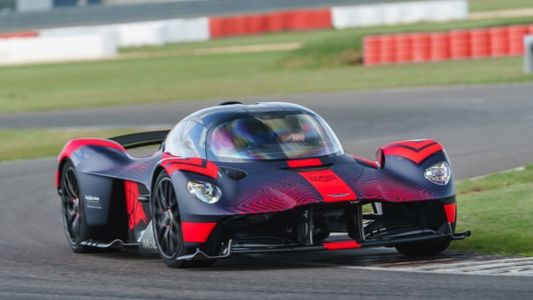 This is what happens when you let Adrian Newey loose on a car design.

Take aerodynamics and performance to new levels, the Aston Martin Valkyrie is a stunning example of extreme engineering.

Only 150 examples will be made for the road and are reportedly priced at £2.5m. 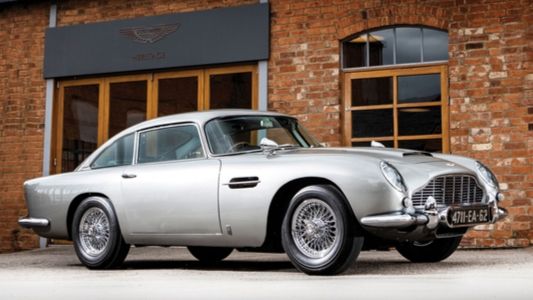 No list is complete without the DB5. A phenomenal car, it's adorned in cinematic history and oozing with class.

During the 2019 Monterey Car Week, there was a record-breaking sale of an Aston Martin DB5 but it wasn't just any DB5.

This DB5 was used to promote James Bond Thunderball and contained the same gadgets as the DB5 in Goldeneye.

After the promotional tour, it spent around 30 years in a museum before it was consigned to auction!

Selling for a massive £5.2m, this DB5 eclipsed the old record by around £2m.

Another first for Aston Martin, the DBX is an SUV packing some serious stats.

Featuring unique and aggressive lines, this car has been sculpted for performance.

There are still murmurs about the engine but it's believed to house the same engine as the Aston Martin Vantage.

One of the most exciting aspects of the DBX is Aston Martin's intention to create an SUV which is suitable for all types of terrains and a drivers.

With the Aston Martin DBX still being put through its paces with rigorous testing and a rally, the jury is still out. 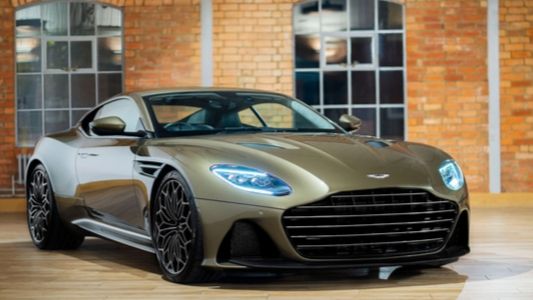 Contrary to the car's design, it's actually been designed for comfort as well as performance.

As a super GT, the car is expected to predominantly focus on speed and comfort and Aston Martin has done that and then some.

Featuring a reworked DB11 engine, it has a power output of 715bhp.

If you're wondering why they named it Superleggera it refers to a philosophy of being lightweight and maximising speed.

With a market price of £225,000, Aston Martin are ready to compete with the likes of the Bentley Continental, Ferrari 812 and more! 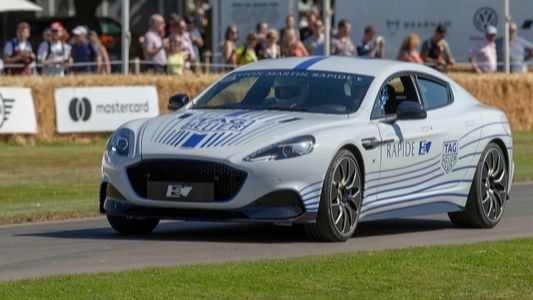 Another first for Aston Martin, it's an electrical vehicle called the Rapide E.

Featuring a mighty 800V battery, it was developed by Williams Advanced Engineering who supply the Formula E teams with their batteries.

Despite the fact it's an electric vehicle, it does contain some eye-catching stats.

This claim is supported by the fact it completed a lap of the Nürburgring without derating!

No list is complete without this. Here's Chassis #1 of the DBR1 of which 5 were made.

The DBR1 was something else. So much so that someone paid $22.55m for one!

The DBR1 triumphed at the 24 Hours of Le Mans and the World Sportscar Championship.

In addition, it dominated the 1000km Nurburgring circuit between 1957 and 1959 and this released the stranglehold of Ferrari.

It was the first DBR1 ever available in a public sale when it went under the hammer in 2017 at the Monterey Car Week.

Aston Martin are struggling to be out the news.

With the cars they are planning to bring out, it's a remarkable turnaround from their chequered past and multiple ownership.

Now experiencing stability, they plan to sell 7,000 cars annually and reported record sales of over 5,000 units in 2018!

They still stick to their motorsport routes and launched Aston Martin Racing (AMR). It's the racing division that's already recorded wins at Sebring and Le Mans.

Aston Martin is on the assault. Let's just hope their rivals are ready to respond!

What's your favourite Aston Martin? Hit the share button and let us know!