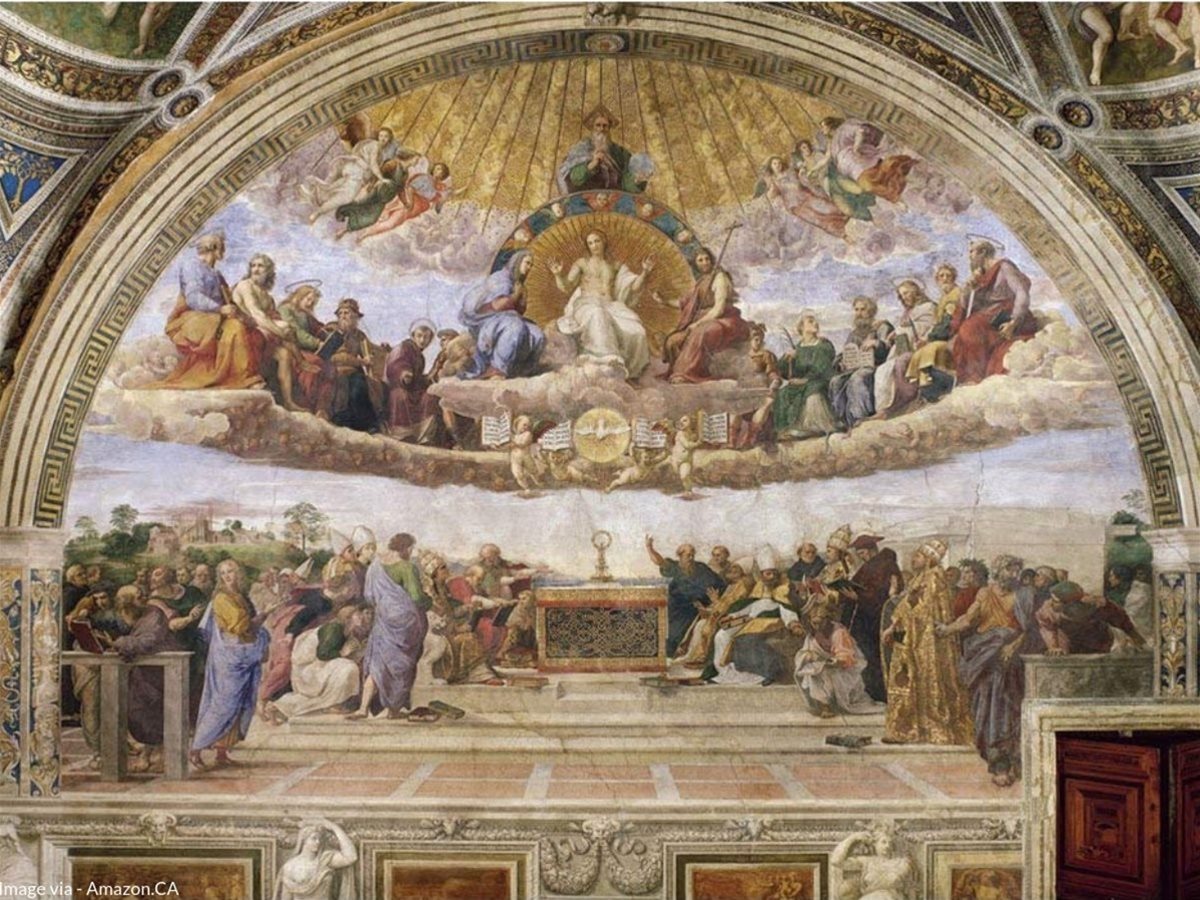 What is the High Renaissance?

The High Renaissance style brings together elements of Renaissance Art and a deep exploration of humanity, depth, science and composition.

This came together to inspire some of the most iconic artworks of our time which include The Sistine Chapel, Mona Lisa and Frescos in the Vatican Palace.

In this art series, we'll explore some of the major players such as Raphael, Leonardo Da Vinci and Michaelangelo whose work is still revered to this day.

When Was The High Renaissance?

The High Renaissance was relatively short-lived and dates back to 1490s before reaching its end during the Sack of Rome in 1527.

However, it must be noted that the High Renaissance is a source of conflict among scholars and academics. Let's bring you up to speed.

Secondly, there are arguments over what the High Renaissance was. For example, was it an art period or an art movement? But, what's the difference?

So, art history is divided into periods, movements and sometimes eras but, for the purpose of this article, we'll focus on periods and movements because eras can be considerably long and conflicting.

The main difference between an art period and an art movement can be narrowed down to time and intent.

An art movement is created by an artist who bands together with other artists to achieve a common goal or share a similar ideology.

Examples include Pop Art, Realism and the Expressionism movements.

What these artists do is go against the status quo of what 'good art' is and make real their shared goal.

An art period is used to describe artworks created at the same time, in the same geographic location or share similarities such as subjects and culture.

Examples of art periods are The Renaissance, Medieval or the Byzantine periods.

If you would like to view the video which inspired this then check it out below!

Now that you have an idea of the High Renaissance, who were some of its most famous artists?

They produced works of art which cemented their place as some of the most famous artists to have ever lived.

In this spotlight, you'll learn more about some of these revered artists.

During the High Renaissance, Michelangelo became known for two things.

Firstly, his behaviour was considered erratic as fallouts and affairs were public which gave him a notorious reputation.

Secondly, his artworks, sculptures and poems were well regarded and include the iconic Sistine Chapel, David and The Last Judgement.

To learn more about him, check out his story here: Artist Spotlight: Michaelangelo.

Image Via - Foundation for Economic Education

Arguably, the most widely-celebrated artist of the High Renaissance.

An extremely talented person, his knowledge ranged from art all the way to engineering.

Known for his Mona Lisa, Salvator Mundi and the Last Supper, his works attract millions of people each year and just as much controversy!

The Salvator Mundi is one of the most controversial artworks in history and was recently found missing. Check out the article here: Missing Salvator Mundi Found on a Yacht.

The Mona Lisa has been subject to numerous theories over time. Examples range from the emotion displayed by the subject all the way to its value. We answered the latter in our article: How Much is the Mona Lisa Worth?

To learn more about the polymath, check out our article: Artist Spotlight - Leonardo Da Vinci

Raphael was renowned for his clarity and finesse. His ability to convey beauty to a high standard placed him next to Da Vinci and Michaelangelo.

His artworks such as the School of Athens and The Disputation of the Holy Sacrament are some of his well-known works.

You can find his works in the Vatican Palace where he decorated the famous Stanza Della Segnatura.

To learn more about the master painter, check out our article: Artist Spotlight: Raphael.

The high renaissance period was a fascinating time.

Producing works still alive and revered today, it shows how much of an impact those 3 artists and others had on us.

What's your favourite work from the high renaissance? Hit the comments and let us know!