Contrary to other mediums, acrylic is still in its infancy.

Introduced in the '60s, the acrylic medium possesses fascinating abilities such as the soft effects of watercolours and the sharp effects of oil paintings.

These attributes have enabled the acrylic medium to become popular among artists.

In this spotlight, you'll gain an insight into the acrylic medium, how the paints are created and famous artworks which illustrate the fascinating nature of this medium.

Originally, acrylic paint was designed to be domestic house paint in the '40s.

However, artists started to see its potential as an art medium and began to use it in their art. It wasn't until the '60s when manufacturers created artistic acrylic paint.

As a water-based paint, it became renowned for its fast-drying attributes along with its ability to become waterproof once dry.

Creating several advantages for painters, this medium obtained a competitive edge over the likes of the oil and water mediums.

How do you make artistic acrylic paint?

Artistic acrylic paint is made up of tiny particles of plastic acrylic resin suspended in water to create an acrylic polymer emulsion and pigment.

During the evaporation of the water, the resin particles start to fuse which results in a strong paint.

Depending on how much water is added, artistic acrylic paint can be both thinned or thickened.

Now that you know about the acrylic medium, check out some of its most famous artworks.

What are some of the most famous acrylic paintings ever made? Who created them?

Image Via - artists for conservation

Created in 2010, by Cher Anderson, this painting of a Flamingo is a fantastic example of capturing that perfect moment.

The artist may have waited a significant amount of time for the subject to open their wings so they could capture its beauty.

Despite this, the artist has shown an excellent attention to detail.

Painting with the acrylic medium enabled the artist to add subtle layers to the artwork to accentuate the different hues of the wing and create a clever transition from light to dark. 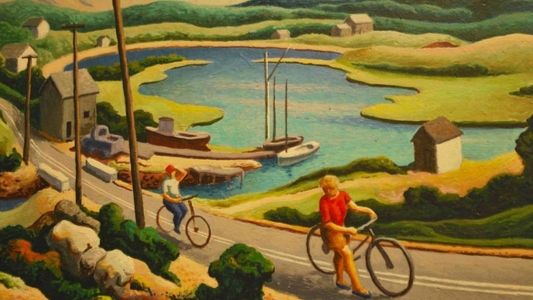 Image Via - Arts and food

Benton frequented this area and it became the inspiration behind several paintings by the American artist.

Benton himself was well-known for being outspoken with his art and found a follower in none other than Jackson Pollock. 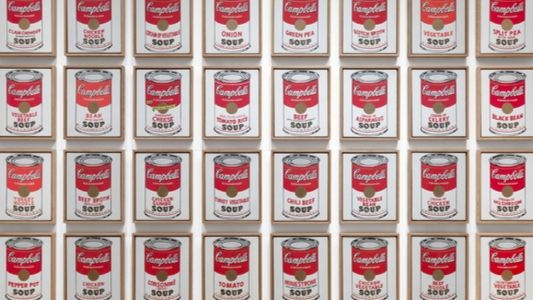 A famous piece from Andy Warhol.

The eccentric artist was known for making references to society and used Campbell’s Soup Cans to allude to mass advertising.

At the time this work was created, Campbells sold 32 varieties of soup.

Warhol painted 32 individual cans with each flavour and displayed them as one portrait. 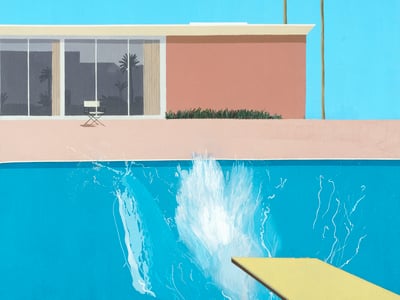 Painted by David Hockney, he's captured a splash at a moment we barely witness because it happens so quickly.

Even though there is no human presence, the artist has painted the moment an object would enter the water.

At the time of this painting, Hockney lived in California and made several paintings of swimming pools as they were common place.

One of the reasons why Hockney used the acrylic medium was its suitability to painting the surrounding landscape and its fast-drying qualities.

Another painting by David Hockney, he captures a couple and their cat in their home environment.

It's said that he used photographs and observations as the source material for this painting and this approach has paid dividends.

What adds a sense of realism to this photo is the way he's captured the movement, mannerisms and general stance of each subject.

A fascinating aspect of the painting is why Mr and Mrs Percy are staring at the artist and not through the window which is central in the photo.

If you engage with the emotion of the subject, it could be perceived that Mr Clark is playful and relaxed and his wife is standing in a somewhat cautious stance.

The acrylic medium is quite fascinating.

Combining the soft effects of watercolours and the sharpness of the oil medium, it's come together to create an advantageous medium for artists.

What's so appealing with acrylic artworks is the level of realism that you can portray.

Think back to Fancy Feathers, the subject in that painting has been brought to life in an eye-catching way thanks to the level depth the medium can achieve.

What's your favourite acrylic artwork? Hit the comments and let us know!

Acrylic artworks form part of an extensive selection of Art, Antiques & Collectables in Auction. Explore our guide and see what else you can find!

Check out more stories in the journal.